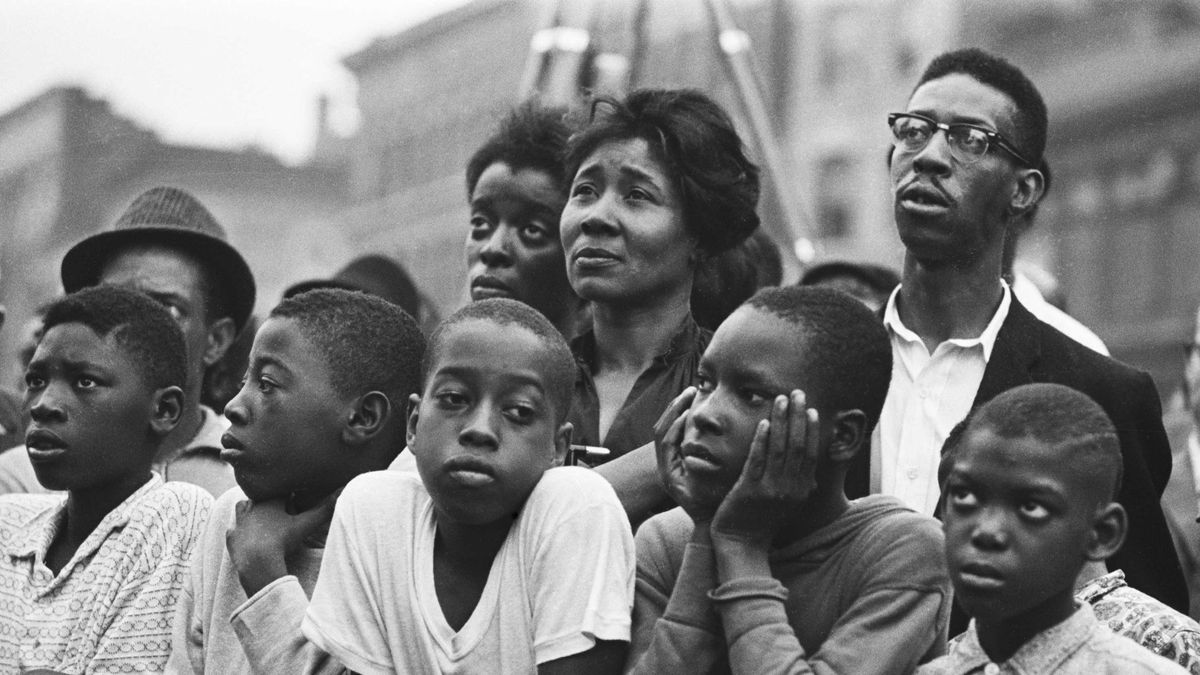 The right to exist for Black Americans was yet again on display barley a week into 2021 as Americans watched an angry mob of white individuals storm the U.S. Capitol, seeming to overwhelm Capitol Police, who struggled to contain the violence.

Eventually law and order gave in to the mob in some cases and allowed crowds of domestic terrorist into the halls of Congress as its members were affirming that President-elect Joe Biden had won the November election.

By contrast, police used pepper spray, tear gas and rubber bullets against people protesting unprovoked police violence against Black Americans near the White House in May. When Black Americans protest for basic human rights, to survive and for the right to exist they are met by National Guard troops, police equipped with assault rifles, shields, tear gas and battle helmets.

To be clear, Anti-Blackness is the theoretical framework that illuminates society’s inability to recognize Black humanity — the disdain, disregard, and disgust for Black Americans right to exist. It reveals the fact that the kind of oppression, inequality and structural violence that extinguishes Black life is not based on any other reason than a Black American being Black.

How Black Americans are treated, live, and survive in 2021 unfortunately is still significantly shaped by where they live and their standing In Americas unequal societal structure. And statistics are impersonal — until someone you know becomes one.

For most white Americans, the abject inhumanity of a Black American and their right to exsist reinforces their whiteness, power, and their privilege, whether they are conscious of it or not.  Americas inability to recognize Black Americans as human beings or even their basic right to exist is not an exception, but rather, the rule in an unequal society.

But some white Americans are starting to question why we live in a society in which Black, trauma, oppression, and death is so widely acceptable. It is within this small segment of society where the hard work must begin. Where in roads can be built. Where tangible, transformative, and meaningful alliances can be cultivated.

This organizations Right to Exist campaign is rooted in building tangible relationship with those individuals, groups and organizations that are focused on addressing the historical root barriers that have kept Black Americans anchored at the bottom of American society.

This campaign was established out of an extreme sense of urgency to create a Black owned and controled thriving cultural economic incubator hub, resource center and safe space for Black individuals, residents and families in Braddock, PA.

The first step toward healing and improving life in Americas beleaguered and vanishing Black communities must address the existential root causes of oppression and racism that Black Americans face every second of their existence.

Improvement by White replacement is not real development. Nor should we continue to wait until folks get their so-called cultural acts together to bring essential services and businesses to economically depressed and left behind Black communities. Most outsiders create their own or may see data and rationalize the use of some form of “benevolent gentrification” to improve neighborhoods.

In fact, outside developers, public officials and even foundations, who have never lived or operated in the community often code their nefarious gentrifying ambitions with the word’s revitalization, diversifying, renaissance, and revival. These types of “community improvement plans” only shift Black human neglect to other places.

Moving forward, we must avoid these poorly veiled attempts to discriminate against the vulnerable and eschew extreme rhetoric of Black individual responsibility. Residents of entire Black neighborhoods are not genetically disposed to live shorter lives or to be uprooted and removed from their communities.

In fact, the most insidious dynamic about assuming that Black individuals are the only source of their shorter life outcomes is the abdication of our collective responsibility to be good human beings.

Strong public policy focused on Black collective wellbeing provides a suitable antidote to self-centered blaming and new age redlining. Gentrifying or diversifying our way to better city outcomes can be as preposterous as jailing significant portions of the black community to make it safer or wanting a disaster to “reset” a city.

Majority Black communities like Braddock, PA have assets worth building upon, investing in, and fighting for.

And in the wealthiest nation on earth, where Black human beings were considered as property, forced to build this country, spilled blood, sweat and tears into the soil from which we eat, the water we drink, and the air we breathe, Black Americans have the Right to exist

Not only the right to exsit but to exsit in thriving majority Black communities in which they own, control, and dictate policy that enhances their quality of life and eventually breesd a more abundant and meaningful existence.

This new year celebrate by helping to changing America. Racism, economic deprivation, and oppression are some of the most challenging problems we face as a society. Your voice and efforts can help. Please share and considered Getting Involved at link below:

“Braddock Inclusion Project consists of brave leaders ready to impact Braddock residents by promoting inclusion. Their recent efforts towards ending poverty and opening opportunities of growth for civilians are strides toward a just world, which EV… END_OF_DOCUMENT_TOKEN_TO_BE_REPLACED

“I came to Braddock because I missed a sense of community organization and sensed I could help, though I wasn’t sure how. There are obviously things I’m trying to get out of this project, I am excited to have a chance to be a part of something histor… END_OF_DOCUMENT_TOKEN_TO_BE_REPLACED

The website and its content is powerful. Congratulation. I know it is the most honest dreams that take the longest to manifest because they are guided by the heart and soul and not by greed. Thank you for your work – it is imperative that it exists i… END_OF_DOCUMENT_TOKEN_TO_BE_REPLACED