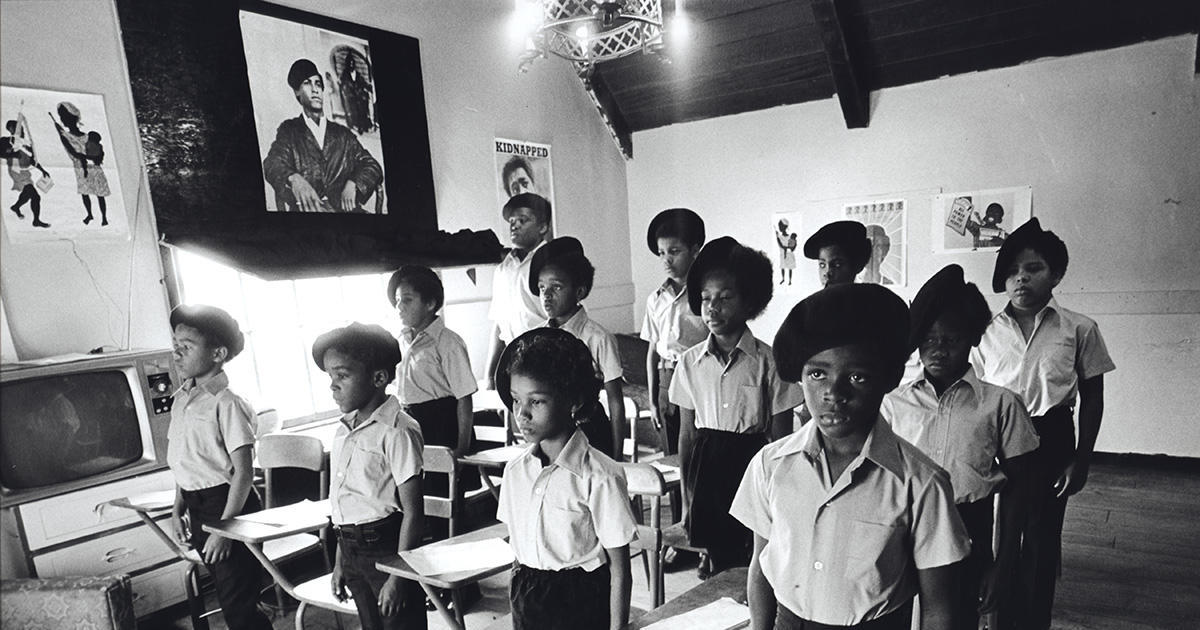 And now that the outbreak has exposed America for what it has always been to Black Americans, it is essential and of the utmost importance that Black Americans utilize this time in Quarantine to reflect, prioritize and strategize ways to come together as a Race and people. They should use this time to rebuild family structures and plan on ways to Survive post covid-19. At this very moment, Black Leadership in every community should be developing “Survival legislation, laws and programs”

Just as urgent as it is for many in the Dominate society to “Reopen American” it should be as equally important for Black Americans to stay sheltered in place. Those in the dominate society are very aware of the group of people that are dying from the outbreak. They understand Black Americans are also prone to reckless spending.

As stimulus checks are being dispersed, they are banking on Black Americans not saving it, NOT speeding anything with their own and giving it right back to the very society that have left them at the brink of extinction and bottom of American society all along.

Unfortunately, many in Dominate society would love nothing more than to knowingly lead more Black life to the slaughter. Make no mistake, they understand that with each passing second the existing Black population in America is losing ground.

Now may be the best time to put egos to the side and use this valuable time to practice on ridding ourselves of the indoctrinated mindset that have kept the majority of Black Americans in a defenseless and self-destructive state for generations.

Generations upon generations of indoctrination is evident today, where the seed has been implanted in us and we have taken it as FACT to be us. We have identified with it. We have embraced it.

That is why in defending ourselves we end up defending the Dominant structures that rule over us. In defending our ego, we end up maintaining the social structure that has destroyed our ego and pride to begin with. And you see it in our young adults and youth who will disrespect, fight and kill in the name of respect. And fight because their ego-orientation has been insulted.

We have let ourselves become possessed by a spirit and thought process, such that when we become aggressive, we aggress against the self or ourselves, instead of those who are the source of our aggressive orientation. Therefore, the people who pray the most in America still find themselves at the bottom of society and have the most children in the jails of America today. Black liberation can help rid ourselves of these demons and identity falsifications.

Inspired by the principles of racial pride, autonomy and self-determination expressed by Malcolm X  the Black Power movement that flourished in the late 1960s and ‘70s argued that Black Americans should focus on creating economic, social and political power of their own, rather than seek integration into white-dominated society. Black liberation must be a major focus moving forwards for Black Americans, post Covid-19.

In 1969, a group of children sat down to a free breakfast before school. On the menu: chocolate milk, eggs, meat, cereal, and fresh oranges. The scene would not be out of place in a school cafeteria these days—but the federal government was not the one providing the food. Instead, breakfast was served to these children thanks to the Black Panther Party.  Its purpose was to fuel revolution by encouraging Black people’s survival.

Just as with many movements and organizations such as The Braddock Inclusion Project, many in mainstream white society viewed the Black Panthers and other Black Power groups negatively, dismissing them as violent, anti-white and anti-law enforcement. All made up excuses to justify their counter moves to protect their domination.

Like King, Garvey, X and other civil rights activists before them, the Black Panthers and many other organizations became targets of the FBI’s counterintelligence program, or COINTELPRO, which weakened the groups considerably by the mid-1970s through such tactics as spying, wiretapping, flimsy criminal charges and even assassination. Tactics like these must always be taken into consideration when Black liberation is the topic.

The legacies of both the Black Power and civil rights movements live on in many of the social movements today. But for an increasing number of Black Americans, particularly young Black men and women, these new movements and strategies are not going far enough.

Protesting police violence and marching for criminal justice reform, they believed, have failed to adequately address the poverty, economic exclusion and powerlessness that generations of systemic discrimination and racism have imposed on so many Black Americans. Therefore, the development of “Local” Black leadership currently is extremely critical.

Much of the social injustice and economic turmoil Black Americans face is the direct result of negligence, discrimination, or broken bonds on the part of both government, Black leadership and private entities run mostly by white Americans.

Black liberation or Economic power cannot be achieved without government help. Economic self-sufficiency can only go so far without government backing and the access to massive hoarded resources. Emerging Political leadership must be on the front lines.

All past and current disparity is grounded in a legacy of discriminatory policy and racism. The systematic exclusion of Blacks from government-backed programs—such as the GI Bill, Federal Housing Administration loans and many others—that allowed white families to build massive generational  wealth over the course of the 20th century but left Black families further behind.

As of more recent, the brutality and out right purging of the PPP stimulus program by the privileged, a federal program that was meant to protect and give a life line to small business and organizations, is more evidence that these discriminatory and racist practices are alive and well.

To be clear, Black businesses and organizations were locked out of round one of the SBA PPP, and the Senate’s new proposal fails to ensure that they will have access to the new $310 billion.

One thing to that emerging Black leadership should take away from this is to recognize that Trillions were found for round one a moments notices. Billions more were found weeks later.

This is disputable evidence that any politician, White or Black, who tells you Reparations is somehow impossible, is outright lying to you. And since we now know that the government prioritize these funds for privileged and intentionally excluded Non Black small businesses and organizations, emerging Black leadership should be using this time to craft specific “Black Survival” stimulus legislation that would insure that ALL allocated funds go directly to verified Black owned business and organization.

The potential for an extinction-level event to hit Black businesses and organizations on the same level as the higher COVID-19 death rates among Black Americans is happening NOW. And are all a result of racism, economic inequality, and environmental injustice.

Black Americans are in a very trans-formative moment in history and our very future survival depends on us working together, not competing against or destroying one other. This unprecedented situation calls for a resurgence of Black liberation and Unity in times of collective crisis, like the moment we currently find ourselves in.

When people work to support each other’s basic survival needs with a shared understanding that the systems in place are not going to meet those needs and often make them worse, it is a recognition that our basic human dignity, what a community should and could be is a way of making sure that no one is left behind, harmed and that no one is forgotten.

Black liberation is embodied in recognizing our potential interdependence, that we must take care of each other, and we are only as resilient as the most vulnerable in our communities.

In a society where Black life is not valued, where stimulus packages are targeting the largest amount of support for big businesses, protecting the wealthiest and doing next to nothing for the people who will be suffering long after those businesses and populations have rebounded, Black liberation will be essential moving forwards.

The reality is, any so-called colorblind policy or good will action, whether one that deals with public health, sustaining life or access to credit, is going to be unfair to Black communities—because colorblind policies or good will actions fail to account for the impact of racial inequality. The only relevant policy being established are those that support the survival of the Dominate society and maintain the subordination of the Black population and it’s leadership.

Until those senators, representatives and those of privilege are put in the same boat as the populations they are destroying or supposed to be representing, Black Americans will never get anywhere. Those in Power would have to fight for survival every single day or struggle like we are struggling before they can ever understand. And they are not about to ever let that happen. With that being the case, Black liberation must be a part of the solution.

“I came to Braddock because I missed a sense of community organization and sensed I could help, though I wasn’t sure how. There are obviously things I’m trying to get out of this project, I am excited to have a chance to be a part of something histor… END_OF_DOCUMENT_TOKEN_TO_BE_REPLACED

“Braddock Inclusion Project consists of brave leaders ready to impact Braddock residents by promoting inclusion. Their recent efforts towards ending poverty and opening opportunities of growth for civilians are strides toward a just world, which EV… END_OF_DOCUMENT_TOKEN_TO_BE_REPLACED

The website and its content is powerful. Congratulation. I know it is the most honest dreams that take the longest to manifest because they are guided by the heart and soul and not by greed. Thank you for your work – it is imperative that it exists i… END_OF_DOCUMENT_TOKEN_TO_BE_REPLACED