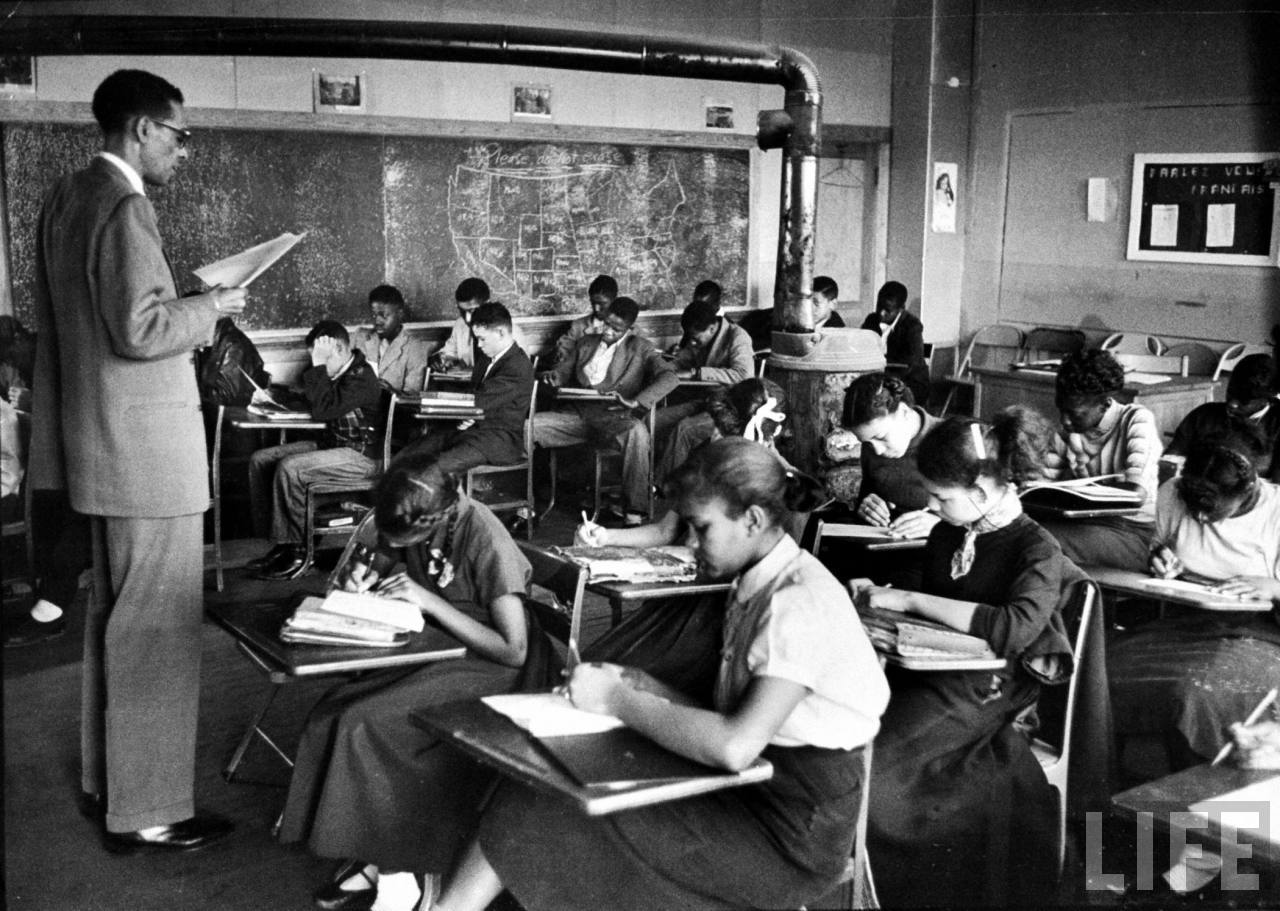 If other nations and other nationalities require their own communities, history, libraries and institutions to deal with their own issues, so do Black Americans. Limited Separation may provide some relief, time and solutions. This means we must cover a lot of territory. Black Americans must educate themselves in Psychology, History, Sociology, Anthropology, Political Science, Economics and related fields. These must be combined in the process of rebuilding Black American minds and their vanishing communities.

This is where the focus of Black leadership, clergy, media representation and head of house hold must be, involved in the process of reprograming of the mind, indoctrinating the very young with truth and rebuilding Black communities as a United People. As a Black American, if you are not thinking along these terms here approaching 2018, you’re not thinking seriously of being liberated and should remain on the sideline’s. Trying to integrate, merge or build solidarity with other races is not going to solve the horrific conditions that most Black Americans face 24/7. Day in and day out. It will not solve the bleak futures that your off spring will face.

It’s NEVER going to happen. As a matter of fact, it’s a fantasy that has kept Black Americans distracted from taking care of business for far too long. The very idea, that one-day Black Americans are going to be on equal footing, that they’re going to merge into invisibility, with the dominate white structure is a pipe dream that must be erased from the minds of Black Americans. Even if it were possible, those in Black leadership roles should question the motives of those Black Americans wanting to do so.  Why would any intelligent human being want to merge with a culture of the world’s greatest criminals and thieves? With a culture rooted in extreme violence and the worst values the world has ever known?

How Dare Black Americans in 2017 allow others into their homes, minds, culture and Churches to try to lecture them on values and what best for them. It’s an amazing situation. It’s an insult. Worst of all none of it has ever helped to advance the quality of life for Black Americans. Only to keep them subservient and at the bottom of society. Slavery was not replaced by a system of equal rights or love and affection. The system of racial slavery folded into a regime of systematic racially repressive laws in the South and racially repressive social norms in the North. These Jim Crow laws and customs were constitutionalized by the Supreme Court in Plessy v. Ferguson (1896).  Jim Crow forced Blacks Americans into the worst jobs, the worst housing, the worst educational systems, and the worst social positions imaginable. They are alive and functioning to this very day with no end in sight.

The context and reality that Black American’s face is always backwards. The ones who need to be reduced and diversified most drastically have the world thinking the other way around. Because a good deal of the problem sometimes is not the number of people in the world, but the number of “Greedy” people, in the world. Where you have a minority of people who consume most of the world’s resources. In essences the large suffering Black population that they talk about could have a better quality of life, if these people weren’t hoarding all the economic resources and eating everything up.

And so, to a good extent sometimes to have more for everyone you must separate from the oppressive minded and greedy ones. The Ones who are over-consuming, falsifying the conscious and distorting reality. Limited separation would reduce those who are taking the resources and food out of the mouths of those who are in most need.

Limited separation will provide the vital time needed to instill Black-centered consciousness, priorities, personality, and culture, as instruments of power to coming generations. Ultimately, this is what this whole Black struggle in America is about, Power! Not loving one another, diversity, solidarity and all those “feel good” things we hear, it’s about cultivating, developing and controlling Power! Rebuilding the Black community for Black Residents. The problems that Black Americans are confronted with today flows from their “power-less-ness” or Black leaderships inappropriate use of Power. Black Americans have been conditioned to not even talk about gaining power. They’ve been made to think that Power is sinful, and to pursuit it, is a sinful pursuit, and that it’s wrong, but we all know that you can’t exist without Power. Without Power, there’s no Life, a battery without power is dead.

Black Americans must begin the process to reorganize themselves. To reorganize the consciousness, personality, priorities and culture, and see them as instruments of Power, and use them as instruments of Power, to transform their situation. When people complain about the white dominate structure having power over them, they must recognize that power ultimately must do with a relationship between people, and that structures so-called power is based upon the nature of the relationship the structure has with the Black man. Essentially Black Americans empower the structure by the nature of their own behavior and attitudes as a people. The structure cannot function unless Black Americans allow it too. To a good extent, European domination is s creation of black submissiveness.

Some call Pittsburgh the most livable city in the United States, but it is also the place where Black people rank second from the bottom for economic opportunity. The Pittsburgh region is well on its way to establishing itself as the Silicon Valley of the east but, as always in every “feel-good” story, the most important part is the part being left out. In this case it would be the entire Black population of the Pittsburgh region. A region where massive Gentrification is further tearing apart Black families, culture and lives. At the end of the day, when lives are at stake, culture being erased and with thousands living below poverty in the region then you must be honest with yourself and feel good stories won’t cut it.

Black survival in the Pittsburgh region and a global economy requires a sense of urgency that a predominantly  white power structure is unwilling nor ready to provide.  Developing a sustained effort at creating a education system that builds the capacities in Black children and young adults to be innovative thought leaders is essential. Black Children must be capable of solving increasingly complex challenges that lie at the heart of the transformation. The future Black community should exist for facilitating opportunities for Black residents. Limited separation can provide this opportunity.

Defined as cultural and economic integration within Black American society, this policy would promote separate schooling, housing, and business enterprises where needed to bolster the self-sufficiency of the community, without trammeling the racial interests of individuals inside or outside of the community, and without endangering the idea of a shared Americanness. It’s not a racist or a terrorist ideal. It only promotes and envisions Black controlled public schools, businesses, institutions, law enforcement and communities redesigned to serve the enlightened self-interest of the majority Black population of the community. Just like most of communities populated be white residents that practice Limited Separation.

How different Black education and society would be, if Black residents sent their children to schools, to create jobs for themselves, to create their economic and political systems, to see themselves as the major sources of their own employment. Just how great could America be, if Black Americans were afforded the opportunity to compete? Until Black Americans can achieve success, weather through political, economic or education means true integration with a dominate white society will be impossible. In the meantime limited separation should be considered and pushed as policy for any redevelopment of future Black communities in America. Pleas also see link below.

“I came to Braddock because I missed a sense of community organization and sensed I could help, though I wasn’t sure how. There are obviously things I’m trying to get out of this project, I am excited to have a chance to be a part of something histor… END_OF_DOCUMENT_TOKEN_TO_BE_REPLACED

“Braddock Inclusion Project consists of brave leaders ready to impact Braddock residents by promoting inclusion. Their recent efforts towards ending poverty and opening opportunities of growth for civilians are strides toward a just world, which EV… END_OF_DOCUMENT_TOKEN_TO_BE_REPLACED

The website and its content is powerful. Congratulation. I know it is the most honest dreams that take the longest to manifest because they are guided by the heart and soul and not by greed. Thank you for your work – it is imperative that it exists i… END_OF_DOCUMENT_TOKEN_TO_BE_REPLACED