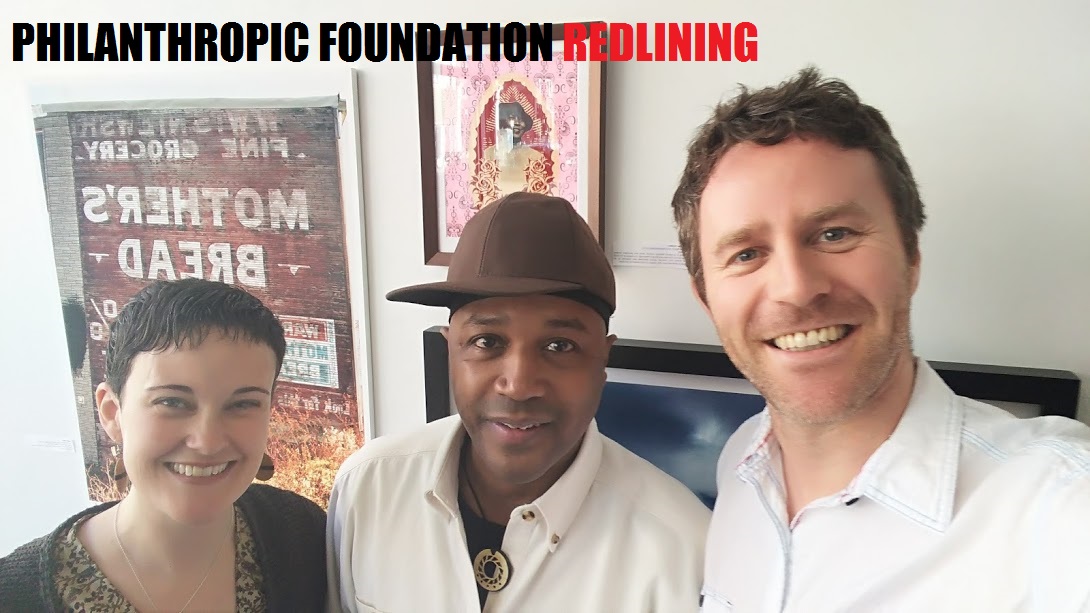 America has long resisted grappling with its history of slavery, legacy of anti-Black racism, and with the impact they’ve had on the Black community. Foundation redlining and Bias against Black-led organizations and individuals has fed a false narrative about their effectiveness and worthiness for investment. There’s a long history of philanthropic neglect and under-investment in the infrastructure of Black institutions and communities in the Allegheny county region.

Foundation redlining of Black-led organizations and institutions — fueled by explicit and implicit bias — has been an unspoken reality for decades in Pittsburgh. Like other instances of racial exclusion, Black-led organizations or individual requests are often met with greater skepticism and scrutiny than their white counterparts when applying for funding. This is also the case on the county, State and federal level. Communities with large minority populations are chronically underfunded and pleas from residents go intentionally unheard by local elected officials. Some officials have even resorted to preying on and using the suffering of their Black residents to enrich themselves. White political leaders, organizations and individuals securing funds under the false pretense that they will help Black residents only to use it to advance their own lives.

Anti-Black racism is the foundational architecture for the strategies, tactics, tools and cultural views that propagate and maintain racial oppression, repression and exclusion in the U.S. and the world. Anti-Black racism, institutional racism and foundation redlining is manifested in the current social, economic and political marginalization of Black people in Pittsburgh, such as the lack of opportunities, lower socioeconomic status, higher unemployment, significant poverty rates and over representation in the criminal justice system. These systems work to create a reality of structural violence and systematic deprivations of all Black residents in the Pittsburgh region( living in poverty)

With the advancement of technology especially the revolutionary effects of automation, Black survival has become a life-or-death struggle that can no longer be taken lightly, even by the most optimistic people of our day. For the first time in American history Blacks have been categorically judged by white society to be dispensable and, even worse, a liability. Whites who have exploited Blacks for centuries for a profit no longer finds this kind of inhumanity profitable.

White society does not need Blacks to perform slave labor or menial work. Machines can do the job faster and sometimes better. One of the effects of this development has been even further exclusion and foundation redlining.  The present predicament indicates that White society now has in operation a program designed and calculated to systematically silence and rid the Pittsburgh region of  it’s Black residents. The first reaction from many, both black and white is: ‘”It can’t happen here.” History has convinced Blacks in the Pittsburgh region that their survival is not promised, let alone guaranteed, unless they collectively institute and implement a massive action program that will assure their survival. Black survival is not free, nor can anyone who respects history expect it to result from evolution, a continuation or perpetuation of the present system or the apathy of Blacks.

The present system operating in the region is anti-Black capitalism and sustainability. White capitalism is deeply rooted in the existing system and white capitalists along with the privileged  are not about to share their resources with Blacks.  Consequently, the only chance the Black community has of becoming financially secure, apart from establishing a separate nation or receiving reparations, is to work for the abolition of the present system and institute a new system which will not merely allow for, but guarantee everyone a fair share of the wealth and profit in this region. The Braddock Inclusion Project believes that adopting an unapologetic and persistent focus on anti-Black racism, foundation redlining and economic exclusion is an essential strategy in addressing the humanitarian crisis facing the regions Black population.

Philanthropy can play a pivotal role in the Pittsburgh region and take the national lead by reversing its under-investment in Black-led social change and its foundation redlining of Black organizations, institutions and individuals. We are certain that systemic and progressive change can only be achieved with a robust and strong infrastructure for Black-led social change. We are thrilled and very appreciative of the opportunity fund and their faith in the work we do. They understand that without an exceedingly explicit and persistent focus on the dismantling of anti-Black racism, the regions social, political and economic system will always reinforce a white racial hierarchy, as it was originally intended to do. They understand that the focus on anti-Black racism, white supremacy and foundation redlining is critical to all struggles for justice and equity for the regions marginalized. They have financially committed towards Phase One of our ambitious initiative seeking social and economic inclusion and justice in Braddock, PA.

It is extremely important to focus on anti-Black racism, philanthropic involvement and foundation redlining because it is the root cause for the severe racial inequity and Black suffering we see in the region today. We cannot achieve true racial, economic and social equity for all people without dismantling white supremacy, foundation redlining and anti-Black racism in the region. It is also extremely important for philanthropy to invest in strengthening the infrastructure for Black led social change organizations like The Braddock Inclusion Project to reverse its pattern of under-investment and foundation redlining so that the Black community can thrive, and the broader progressive community can achieve its most ambitious goals.

A dynamic and lasting infrastructure for Black social, institutional and political power is in the best interests of trans-formative social change. It is essential for dismantling structural racism and charting a course for an equitable, just and sustainable region. Those suffering and that are most affected by the ongoing issues must be at the forefront of resolving that issues. Key political questions embodied in funding issues and foundation redlining include the way that poor people and their allies can attain some re-distribution of wealth, the role of the regions privileged and what role the wealthy may play in struggles for social change.

Building a powerful Black-led infrastructure for social change will best ensure the changes necessary to create thriving Black communities and to dismantle anti-Black structural racism. This infrastructure would not only benefit Black communities, but the region (Autopsy: The Democratic Party in Crisis) . A strong infrastructure for Black institutional and political power is the cornerstone of an effective and broad multi-constituency movement for deep and lasting social change in the region. The Braddock Inclusion Projects call for strengthening the infrastructure for Black-led social change is fundamentally a call for philanthropy to fully actualize this most basic principle of social justice, racial equity and human rights. The importance of inclusion in our democracy is not yet realized and the hour is growing late. But the regions philanthropic and political leaders are in a unique position and have opportunity to set an example for the rest of the nation on how the rebirth, empowerment and advancement of the Black community along with its residents can be achieved. Without access to the massive economic resources being horded the future of Black’s in the region is bleak and although there is a large segment of white and privileged   society who would love nothing more than to return to the days of slavery the time is now for those who are not part of that segment to stand up and take action.

“I came to Braddock because I missed a sense of community organization and sensed I could help, though I wasn’t sure how. There are obviously things I’m trying to get out of this project, I am excited to have a chance to be a part of something histor… END_OF_DOCUMENT_TOKEN_TO_BE_REPLACED

“Braddock Inclusion Project consists of brave leaders ready to impact Braddock residents by promoting inclusion. Their recent efforts towards ending poverty and opening opportunities of growth for civilians are strides toward a just world, which EV… END_OF_DOCUMENT_TOKEN_TO_BE_REPLACED

The website and its content is powerful. Congratulation. I know it is the most honest dreams that take the longest to manifest because they are guided by the heart and soul and not by greed. Thank you for your work – it is imperative that it exists i… END_OF_DOCUMENT_TOKEN_TO_BE_REPLACED