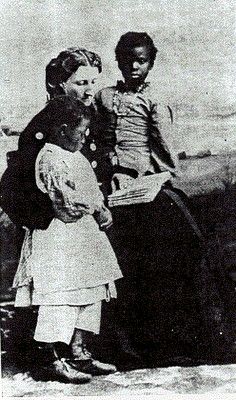 Unequal Societies and White supremacy by their very nature and intent requires the continuing oppression and subordination of Black American leadership, what is left of the Black community and, over the course of the outbreak, may require the sacrifice of their very lives. Subordination of an entire people requires that the people in some way or ways be violated, dehumanized, humiliated, and that some type of violence is being perpetrated against them.

The violently oppressed react violently to their oppression. Unfortunately, in many cases these reactions are detrimental to their very survival in the form of self-destructive behavior from those in the community and subservient inaction on the part of leadership.

The bane of the Black community is the exploitative dominate society which projects a so-called civilized, fraternal, egalitarian, liberal face while concurrently seeking to maintain Supremacy. This means that the Dominate society must maintain Black American subordination while not appearing to do so.

It must cannibalistically sacrifice the vitality, autonomy, and if need be, the life of the Black American community while posing as its benefactor and savior. Their inherent and natural leader, who’s survival is placed above all.

For example, in New York, Staten Islanders are getting tested for Covid-19 more often than any other borough — and at twice the rate of Brooklynites and Manhattanites, an analysis of data from the city Department of Health shows. Additionally, the paper’s analysis found that more than two-thirds of the 30 ZIP codes with the highest per-capita rates of testing were either Whiter or Wealthier — and frequently both — than the city average population.

As the data shows, the COVID-19 crisis is wreaking havoc in Black communities– while those same communities have less testing to diagnose the virus or resources to fight it.

There is absolutely no question that people of means and privilege have found a way to get a test during the most restrictive times and that the vast majority of people who are low income or people of color had no opportunity for testing unless they were sick enough to be hospitalized.

All normalized and unchallenged in Unequal Societies where of course most of the “essential workers” are people of color.

Things of this nature reflect the fact that the dominate society currently possess an inordinate amount of power to defend and extend their economic, psych political, and socio- advantages at the expense of Black Americans.

These advantages such as they are, can only be enhanced and maintained through Racist laws, policies, practices, and the indoctrinated subordination of Black Americans and their leadership.

To explain the problem of Black American leadership subordination in terms of racism, racial hatred, and the like in unequal societies, is to misdirect and mislead the Black community and it’s leadership down the irrational and destructive path of seeking to overcome “Racism”, as if Racism could exist without some race of people being empowered to practice it, while leaving the power (and need) to practice this behavior in White hands.

Black leadership and the communities they represent have chased phantom explanations and solutions to their detriment for generations now.

The subordination of Black leadership and those who they represent is functional to the operation of American society as we know it and the color of one’s skin is a primary determinant of one’s position in the dominate society social structure. Racism is the structural relationship based on the subordination of one racial group by another.

Given this perspective, the determining feature of race relations is not prejudice towards Blacks, but rather the superior position of whites and the institutions — ideological as well as structural — which maintain it.

Dominate society power is utilized to spawn the preconditions and conditions in every aspect of Black existence in America. Dominate societies politico economic power has been and is utilized to Silence and strip the Black community of all its  power to defend itself against the plagues of violence, drug abuse, crime, and other social/biological ailments, including Covid-19 which so painfully afflict it.

This dis-empowerment of the Black community, the primary purpose of which is to leave it fundamentally defenseless against dominate society socioeconomic incursion and exploitation, also leaves it defenseless against the other ills which threaten to totally undermine its health, well-being and eventually its very survival.

These conditions are so subtly orchestrated that their orchestration is often unnoticed by its intended victims, and are, often, mis-perceived and misinterpreted by them as originating endemically from their own minds and characters from generations of indoctrination.

It manifests into Black leaderships servitude mentality to defend and help other groups before their own. It breeds a submissive reaction to save ALL humanity first or we won’t survive. A mentality that breeds the submissive thinking that we can not survive or will be severely punished if we dare question the Authority over us.

Far too many Black Americans and their youth believe that (being cut off from the paths to legitimate, self-sustaining and self-determined personal accomplishment as a result of the underdeveloped power of the Black community and it’s leadership) the violent subduing , disregard and abandonment of their own  may often be their only significant achievement, acceptance or so called “claim to fame” into Unequal Societies. These destructive behaviors will be rewarded.

Since Black Americans are assigned the lowest position in all three dimensions of the American status system — ethnicity, class, and education — and since their mobility chances are nil in the first and minimal in the second and third, it stands to reason that the equations must be rewritten and structures dismantled by Black leadership post Covid-19. Starting Today.

New balances must be achieved. New communities Built, new Black owned institutions, business and educational structures must be erected. And the new equations must include new and equal balances of Black American and White American power, prosperity, respect, and positive self-regard.

Essentially Specific “Black Agendas” must begin to emerge in the aftermath and in what is left of Americas vanishing Black community, post Covid-19.

Consequently, as many in the dominate society rush to “Reopen America” , now that it’s been made public of what group is being most devastated by the virus, Black leadership and the community itself must wrest control over its material and non-material life from non-Black hands if it is to rid itself of inter communal/interpersonal violence, the economic and political neglect that it is experiencing now during the outbreak and the blatant exclusion it has always faced historically.

Emerging Black leadership and Black youth must come to understand that Power and survival come with being. With interactive existence; with being alive. It is the essence of life and the motive force of growth, economic stability, self-sustaining development and of the adaptability of living things to environmental changes and demands.

Power refers to the ability to BUILD, the ability to be, the ability to prevail. Well being and aliveness originate with power. To be powerless is to be will-less, impotent, and lifeless; without effect or influence; to be nothing, of no account.

Power is essential for all living things. Man, in particular, cast on this barren crust of earth eons ago with the hope and the requirement that he survive, finds that he must use his powers and true allegiances to confront opposing forces at every point in his struggle with the earth and with his fellow beings.

The unimpeded design of living systems, including especially human beings, is self-realization and self-actualization, the fulfillment of genetic potential or possibilities. This design must be empowered to be realized by Black leadership, especially in the Unequal Societies we find ourselves trying to survive in.

Those who conceived the ideal of America and forged ahead knew this all to well which is why they captured, used, and exploited the most powerful commodity of their time-Black humans

The protection, advancement, and support of Americas most at risk and vulnerable populations during the COVID-19 outbreak is essential. And this dose not consist of overthrowing the government.

It means Building meaningful relationships and trustworthy allegiances, not token ones, with those willing to stand with you and not undermine or take advantage of your situation. Those in the dominate structure with influence and power who are willing to admit that Black Americans are facing and have been facing a Humanitarian crisis for generations.

When this organization speaks of “Inclusion” it is not a call to be included into the current system of things.

It is about rightfully  and justifiably being included into the massive wealth distribution and prosperity that was created by those who have been historically excluded and victimized. It is about obtaining long overdue Reparations. It is about fighting for and demanding our fair share of the land and resources being horded and used to maintain the survival of an unjust system.

It is about protecting, redeveloping, and repopulating Black communities. Ultimately, It is about dismantling the Unequal Societies that have preyed on, abused, and sucked the life out of Black Americans for far too long.

The website and its content is powerful. Congratulation. I know it is the most honest dreams that take the longest to manifest because they are guided by the heart and soul and not by greed. Thank you for your work – it is imperative that it exists i… END_OF_DOCUMENT_TOKEN_TO_BE_REPLACED

“I came to Braddock because I missed a sense of community organization and sensed I could help, though I wasn’t sure how. There are obviously things I’m trying to get out of this project, I am excited to have a chance to be a part of something histor… END_OF_DOCUMENT_TOKEN_TO_BE_REPLACED

“Braddock Inclusion Project consists of brave leaders ready to impact Braddock residents by promoting inclusion. Their recent efforts towards ending poverty and opening opportunities of growth for civilians are strides toward a just world, which EV… END_OF_DOCUMENT_TOKEN_TO_BE_REPLACED