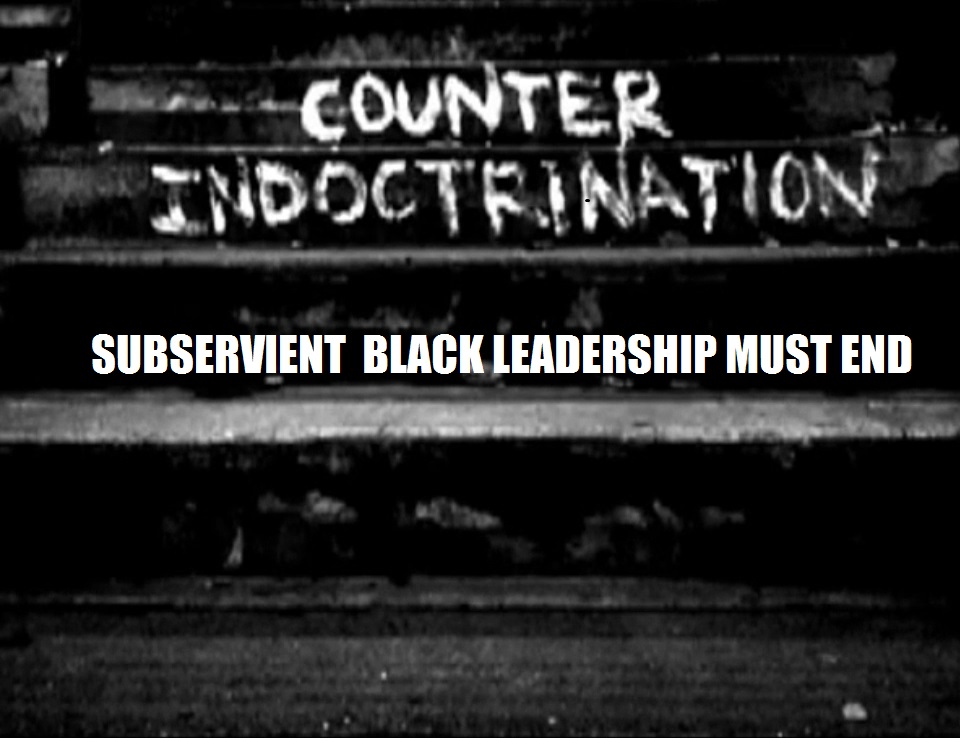 Because the Black community doesn’t control their own educational system, or much of anything else,  our children forever see the world through the perspective of white eyes. Meaning, they see everything as sacred and “Right” that comes from the white community and negates thoughts, sciences, businesses and everything else that comes from their own people. It has always been this way and for Black American to progress this cycle must be broken.

American Reconstruction lasted from 1865 until approximately 1877. Though slaves had gained rights, they also had to battle the Southern white power structure. As the Reconstruction period came to an end, it almost appeared as if the Civil War had never happened. Many historians believe that Reconstruction was a complete failure; others view it as a necessary steppingstone to the Civil Rights Acts in the 1950s and 1960s.

As soon as the Civil War ended, the Southern states were quick to pass Black Codes. These thinly disguised slave laws appeared to provide blacks with certain rights; however, they were really used to keep blacks subservient. Tactic’s such as these were vital to the countenance of  indoctrination. Jim Crow Laws, created in response to the Civil Rights Act of 1875, surfaced in the South and quickly spread. These laws ruled that if Blacks were going to have public access, then that access needed to be separate.

The founding father and Slave owners understood that early training and conditioning, from the time Black children enter the world to their death, was crucial in maintaining complete control over their minds and lives. It’s a practice that has never stopped. Black American subservient leadership is a direct results of indoctrination.

Until this very day nothing is Validated In Black life or in The Black Community until It Is Approved By Whites.  Validation comes to businesses, athletes, students, children, our intelligence, medicine, inventions, political policies, economic access and everything else the Black community can dream up when someone from the white community says it is good and approved. This is a hangover from slavery and indoctrination. Considering the unique oppression that persons of African descent have experienced on the North American continent, an oppression that began prior to this nation’s formation, it stands to reason that Black Americans are going to need a unique form of leadership.

A leadership that is not subservient and that courageous enough ‘to speak truth to power’ and wise enough to began the process of building a fully-functioning socioeconomic society protected by political might. Sadly, what is passing for leadership today is the opposite of what we need. Today’s Black leadership, including clergy and media pundits, seemingly fails to understand that although they have people following them, they fail the people when they do not have a goal in mind; when they continue to be subservient to white indoctrination. When they don’t speak the reality to the dire conditions facing Black America.

Black American’s have continued to be conditioned daily to manifest this self-destructiveness. The Black story represents one of the greatest survival stories of earth’s history. For a race of human beings to experience the cruelty, brutality, and wickedness that Black Americans have encountered and survived the experience with any amount of collective or individual sanity is a near-miracle. This profound miracle must now be acknowledged to the unworldly powers that allowed it to be witnessed and uplifted by a leadership that is not subservient and excepting of the continued indoctrination of Black America.

The website and its content is powerful. Congratulation. I know it is the most honest dreams that take the longest to manifest because they are guided by the heart and soul and not by greed. Thank you for your work – it is imperative that it exists i… END_OF_DOCUMENT_TOKEN_TO_BE_REPLACED

“Braddock Inclusion Project consists of brave leaders ready to impact Braddock residents by promoting inclusion. Their recent efforts towards ending poverty and opening opportunities of growth for civilians are strides toward a just world, which EV… END_OF_DOCUMENT_TOKEN_TO_BE_REPLACED

“I came to Braddock because I missed a sense of community organization and sensed I could help, though I wasn’t sure how. There are obviously things I’m trying to get out of this project, I am excited to have a chance to be a part of something histor… END_OF_DOCUMENT_TOKEN_TO_BE_REPLACED