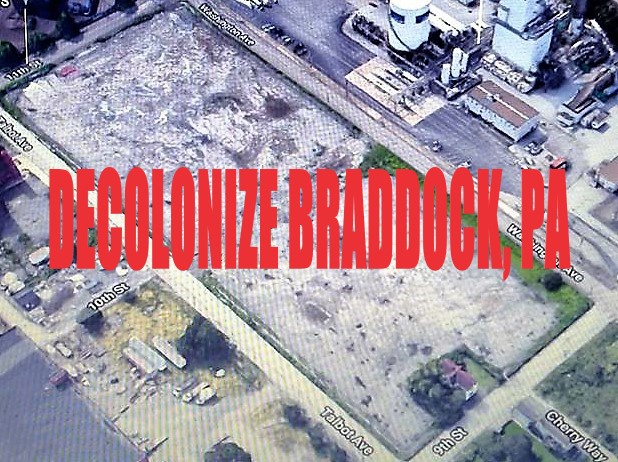 The Bruce family’s successful fight to decolonize and reclaim a scenic stretch of Southern California shoreline has ignited a national movement, with families, individuals and activists eyeing White-owned properties around the country they say rightfully belong to Black Americans. Property and land that was taken from them by one means or another, over the years.

The Bruce family, which owned the land along the shoreline before the city used eminent domain to seize it in 1924, and their story epitomizes my decades long struggle to not only hold on to my family property but as of more recently, my efforts to decolonize portions of the property that were taken from me after county officials got wind of my plans to remove decades worth of intentional neglected blight that they sanctioned, in order for me to revitalize the property for commercial development and community upliftment.

The land on which my property sits was once home to a thriving Black American community which held over one hundred homes, multiple business, numerous restaurants, and amenities all owned and controlled by Black Americans. It was only a block away from America’s first steel mill built by Andrew Carnegie.

like many other Black Americans across this nation before me, not only was I bamboozled out of property but also decades of potential generational wealth building prosperity and community revival at a time when the community lay in ruins, left to rot, and sink to its lowest common denominator by elected officials at the local, state, and federal levels.

To this very day, Braddock, PA is one of Pennsylvania’s poorest communities. Nothing has been done politically in decades and the recent 14-year experiment by the community’s former Mayor did next to nothing and only benefited a select few, including himself.

And While the exploitation of Black residents who were severly suffering may have garnered national attention, as great “feel good”, “white savior” stories across the country by outsiders, the reality is that absolutely nothing tangible was ever done to improve the lives of those who are still struggling to survive to this very day in Braddock.

It is long overdue that Black leadership representing majority Black, left behind communities like Braddock, begin to introduce and push legislation that would designate majority Black communities as “Protected Black Redevelopment Survival Safe Zones” to ward of potential Gentrification and displacement of the communities’ current residents.

Neighborhoods like Braddock that have been exploited, disenfranchised, and neglected by American society throughout history need these types of protects to decolonize and reclaim land in the community that might be owned by county agencies, corporations or private individuals who don’t have what’s in the best interest of the community at heart.

Having these protections would allow community leadership to begin the process of crafting plans that consist of recruiting and attracting exclusively Black businesses, developers, contractors, entrepreneurs, and startups. As well as working class families and individuals thus creating new housing market opportunities.

“Land” means all the world’s resources and ecosystems that keep us alive and well — water, vegetation, food, minerals, buildings, and more. The lifeblood that flows from land is finite, tangible, and vital.

To realistically talk about true “redistribution of land and wealth” with a decolonial lens, connections between stolen land and wealth accumulation by the dominate culture, or the lack of on the part of original Black Americans must seriously be a part of the dialog and appropriately addressed through reparations, among other tangible solutions.

Generations of folk in the dominate culture continue to this every day to benefit from the violent and deceitful dispossession of Black Land and properties.

Currently in the U.S., land is almost exclusively privately controlled by individuals or corporations in the dominate culture whose ownership the law is designed to protect. Land is controlled this way because of European colonization.

The historic and ongoing theft and control of land, real estate, and resources has led to the extreme concentration of wealth among a small group of people that exists today. Foreigners and new arrivals to America own and control more land and property than original Black Americans do.

Unfortunately, there are some of us, mostly politicians, some entertainers, professional athletes, and those in corporate America, who think that since they are receiving certain rewards and benefits from this system, that these rewards will continue forever. But we must recognize that rewards doled out in the dominate culture are a means of control as much as punishment.

It is known as positive reinforcement or bribing. They receive a good salary, job, house, political positions and then, instead of fighting for Black empowerment and liberation, they become neo conservative. They buy into the good life and conclude that things aren’t so bad after all. They have no understanding of being manipulated by rewards for being subservient and obedient.  They become oblivious to the pain that they once felt.

All along, the dominate culture is at the controls and manipulating rewards and punishments as the ways of controlling the behavior of Black Americans. In other words, by being subservient you may be rewarded with a better existence in the dominate culture. It is a political and economic necessity; even mandatory that Black Americans remain at the bottom of the social structure in America until their entire existence and the horrific details of slavery are completely erased, whitewashed, and rewritten right out of American history.

Today there are Black politicians and organization leaders who would have you believe that by voting and building a multi-cultural, multi ethic society, that Black Americans will thrive. There is no proven evidence to support or back this theory. Today there is no major push from Black elected officials to Decolonize and reclaim land that was take away from Black Americas or any effort whatsoever that invokes the redistribution of land in America in a means to support Black American survival.

leaders who want to mix their political aspirations and monetary gains by lumping in Black Americans, people of color, Asians and whites so that they can impress on the people that they have achieved diversity and acceptance in their part of America, when at the end of the day the ownership of all relevant production, land and wealth will exclusively remain as much in the hands of white dominate culture as it has always remained with Black Americans lagging further behind all groups.

To this day, power in America is not solely based on the power of the vote or who is elected to office, but the power of the ownership of resources, land, labor, and the control of labor. Most of the things written into the founding documents were put in place to protect the ruling class.

And now, because many past Black leaders became complacent and ignored the warnings of a few of their forward-thinking colleges who pushed to develop our own economic systems and educational structures since they understood that Black Americans would be segregated and excluded from the dominate structure, what’s left of our vanishing Black communities are overrun with poverty, hopelessness and violence, because the violence we are witnessing in our communities are the results of social disorganization on the part of Black leadership.

They must not continue to confuse their own personal relations and ambitions with those belonging to other groups who are looking to maintain control and dominance over them or those who they’ve come to know as loyal friends who are working day and night to replace them in the pecking order. Supremacy has not place for you at the table when you are a bottom caste.

America, along with the world economy is being transformed in such a way that there will be few, if any jobs left for Black Americans in an automated global economy. Therefore, the American Black community must become a creator of jobs for its own people. The creator of its own wealth. And the owner and controller of their communities. They must begin a new effort to Decolonize and reclaim land that was wrongfully take from Black Americans, no matter how difficult of a task it may be.

If the dire condition Black Americans find themselves in today isn’t appropriately addressed soon by its leadership and so-called leaders, they will become victims of societal neglect as they become useless to an emerging global economy of automation and integrated technology. With this change, Black Americans will move out of their state of oppression, and into one of uselessness.

Moving forwards, baring there is no extremist uprising, America itself will become less overtly racist, to the point Black Americans become less useful to it, moving forward with those groups that have established themselves as economically viable and useful in ways that preserve their existence and control of absolute power.

As we organize and prepare to reclaim and decolonize the land in which we seek to develop our facility on, we understand there are always things that will go wrong. How obstacles will be intentionally place in our path, as they have always been over the course of this organization’s short existence. In racial equity work, however, a group can also anticipate that the work, if it is successful, will be extremely troubling to many of the individuals in the dominate culture who benefit from the current power arrangements.

Even very positive changes will face resistance, sometimes from those who stand to benefit in the long run, when they alter current relationships of power in the short run.

As we emerge from this pandemic, renew our work to create light for others and reengage our efforts to press forward with our transformative Black community Agenda, it is our hope that you might seriously considered supporting our cause by visiting the link below, or in any other way that you can.

This organization has no year-round, guaranteed funding or inside connections like many of our white counter parts to the foundations that have redlined and stole ideals from our denied submissions, only to redistribute them to those who look more like the makeup of their leadership and governing boards to take credit. We have no billionaire nor commercial juggernaut backing. We have no political boss.

All we have at this point are a few loyal, grassroots supporters, funds from our own pockets, our commitment to dismantling a structure that has kept Black Americans anchored in and tethered to the bottom of American society and our determination to continue fighting for a more just and inclusive society for all, not just a select few.

They say that there is no better exercise for the heart than reaching down and helping to lift someone up, so not until Black people are recognized, accepted, and included as part of Humanity, shall we be able to speak of Humankind as civilized. May the Most High protect and bless you all. Please visit link below.

“I came to Braddock because I missed a sense of community organization and sensed I could help, though I wasn’t sure how. There are obviously things I’m trying to get out of this project, I am excited to have a chance to be a part of something histor… END_OF_DOCUMENT_TOKEN_TO_BE_REPLACED

“Braddock Inclusion Project consists of brave leaders ready to impact Braddock residents by promoting inclusion. Their recent efforts towards ending poverty and opening opportunities of growth for civilians are strides toward a just world, which EV… END_OF_DOCUMENT_TOKEN_TO_BE_REPLACED

The website and its content is powerful. Congratulation. I know it is the most honest dreams that take the longest to manifest because they are guided by the heart and soul and not by greed. Thank you for your work – it is imperative that it exists i… END_OF_DOCUMENT_TOKEN_TO_BE_REPLACED