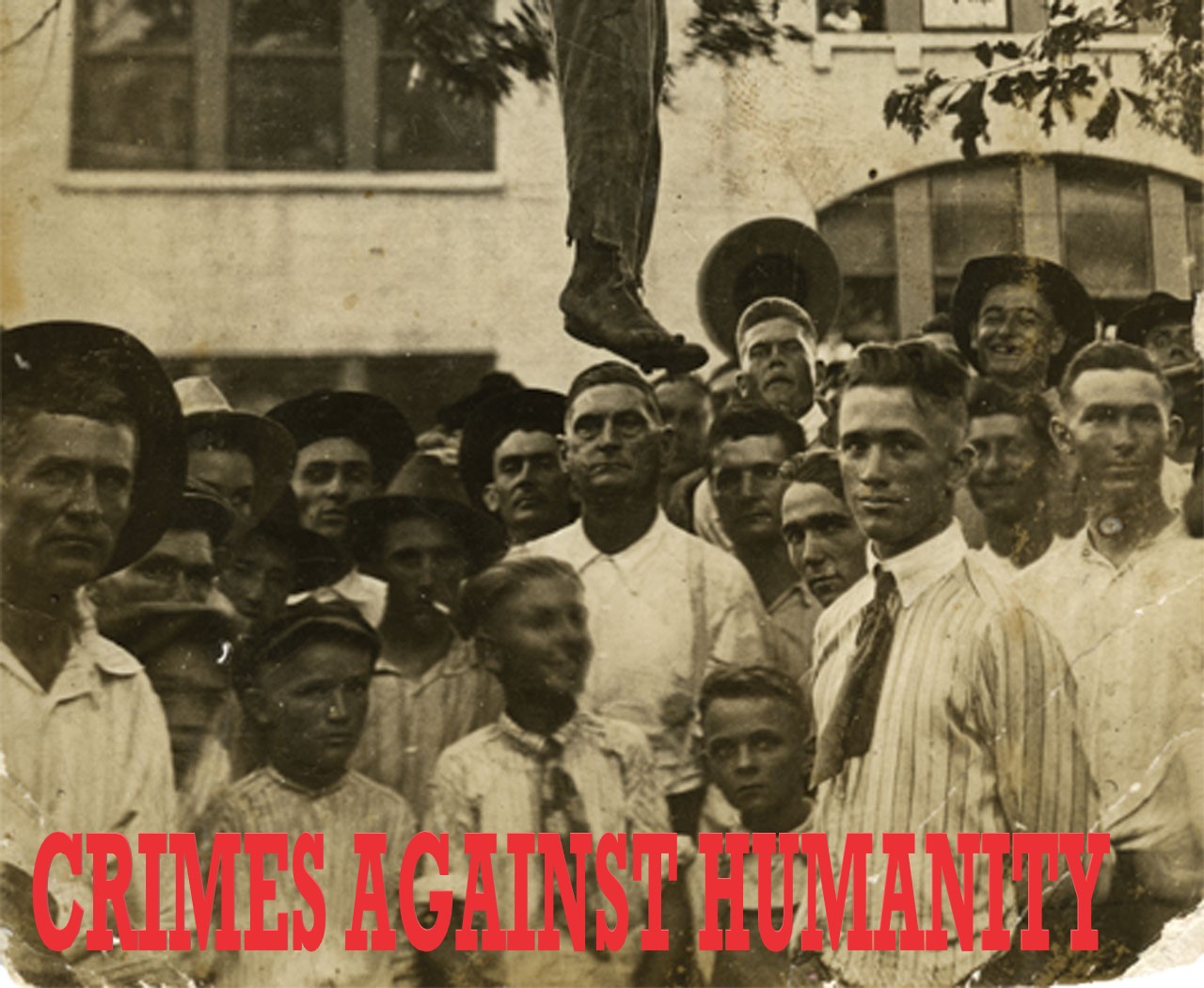 Crimes against Humanity and other barbaric tendencies have always been a part of European nature and culture throughout recorded history. Slavery is a system that existed in various continents during the colonial era, including Africa.

However, slavery in Africa was more like a form of indentured servitude based on known historical records. It was a mild form of slavery. It was humane, it only lasted for a specified number of years, many volunteered themselves to pay off debts, while others were casualties of war. They were treated as human beings who had rights. More importantly, it was not based on race and the ideology of supremacy.

And while it may be true that slavery has been around for thousands of years, the majority of the Dominate culture in America try to deflect, remove, and erase any blame from the country’s forefathers for their “American version” of slavery and its devastating crimes against humanity consequences. To this day, as a form of denial, they continue to Blame other Africans for “capturing and selling their own” into slavery to justify their horrific crimes against humanity.

It must also be recognized that Africa is not a country. Thousands of years before Europeans made their way to the African continent, to start what became the transatlantic slave trade, African kingdoms, queendoms, and empires had long occupied and ruled different parts of the continent, which is close to 12 million square miles. These centuries-old civilizations were ethnically, linguistically, and religiously diverse. Wars were common, as in every other continent.

Africans sold other Africans primarily because their villages were threatened with violence if they did not get involved in the trade with Europeans. “It was European traders who assiduously taught Africans to sell other Africans; and moreover, taught them to sell slaves, as they taught them to sell gold and ivory, for garbage” as one historian put it based on historical accounts. Africans were bamboozled and had no understanding of the savagery of the slave system Europeans had developed.

Chattel slavery in America was an altogether different experience. It was through force and coercion that Africans were captured and enslaved. It was deplorable, created simply based on skin color, justified by an ideology of white superiority and supremacy, then implemented and maintained by other crimes against humanity, including human trafficking, human rights violations, even genocide.

America oftentimes creates a whitewashed and distorted reality regarding its demonic actions of the past, especially those committed against Black Americans as this country was being founded and how those actions have a direct effect on the condition that Black Americans find themselves anchored in here in 2022.

Racism and white supremacy are practiced so fervently, and is entrenched in American idealism so thoroughly, that they not only became a way of life in America, but they also became a means by which to either overlook or to justify, the barbaric past history of Americans crimes against humanity.

Most in the dominate culture choose to believe that America’s founding was based solely on the Revolution of 1776 while intentionally ignoring the way in which prior crimes against humanity of the so-called “founding fathers” also shaped the founding of this country and the dire conditions Black Americans find themselves in too this very day.

The inhumane and barbaric means by which America gave birth to this nation, the methods used to obtain Africans to support it, and the way it was carried out throughout the country were all based on crimes against humanity. Although these crimes were not seen as such based on European superiority ideology and viewed as legal at the time, in every way imaginable, whether legally sanctioned or not, chattel slavery and the trans-Atlantic slave trade constituted crimes against humanity.

The U.N. makes it clear that the trans-Atlantic slave trade is a crime against humanity in and of itself because “for over 400 years, more than 15 million men, women and children were the victims of the tragic transatlantic slave trade, one of the darkest chapters in human history.” The consequences of these horrific crimes still exist in every aspect of American society today and are still causing inhumane suffering and unimaginable trauma.

In addition to kidnapping and transporting enslaved people to another continent against their will, chattel slavery involved exploitation through forced labor. This act equates to human trafficking since a deliberate consequence of slavery was to create a nation with a booming economy for the oppressor built on the backs of the oppressed.

Most every right listed in the articles of the UDHR was violated during chattel slavery. And although the Thirteenth Amendment abolished slavery in 1865, it did nothing for the additional atrocities and human rights violations that Black Americans endured (and continue to endure) once Reconstruction ended, such as convict leasing, debt peonage, sharecropping, lynching, Jim Crow laws, police brutality, and other forms of racial terrorism and oppression that Black Americans face every single day.

So now, as we find American leaders and elected officials talking about the “war crimes” and “crimes against humanity” that others are committing or have committed over the years, maybe it’s a good time for them to reflect on their own and lead the way in taking responsibility in the form of Reparations.

Mostly through subservient, ineffective leadership and generations of indoctrination in general by the dominate culture, we empower the structure by the nature of our own behavior and attitudes as a people. The dominate culture cannot be what it is unless we are what we are.

To a good extent, the European is our creation. If we look at our behavior, we will see that to a good extent it is that behavior; our values, our consciousness, the kinds of personalities we’ve established in ourselves, our tastes, our desires and needs that maintains the European in this position.

So, therefore, we have tremendous power; it depends upon how we align ourselves as a people and how we decide to relate to other people in the world, because they cannot have what they have unless we are who we are. That is why we don’t have to spend a great deal of time always appealing to them, and analyzing them, because we can better appeal to our own sense of self and our own consciousness.

Many Black Americans, particularly those in leadership and corporate roles, waste a lot of time trying to transform or convert white Americans, when by transforming ourselves and the ways in which we interact with in the dominate culture, they will be transformed automatically. With critical reparations and other economic justice rendered, thing in the dominate culture will be transformed automatically.

Black Americans role and determination to survive and thrive in American society must evolve. It must take on a new meaning and urgency on behalf of Black leadership.

As the Black labor force in America becomes less useful and jobs become more scare, things will become bleaker if a transformative and tangible Black survival Agenda is not put forth and set into motion soon. We are not destined to be eternally subservient or the servants of the dominate culture. That is not the destiny of Black folk in America.

“Braddock Inclusion Project consists of brave leaders ready to impact Braddock residents by promoting inclusion. Their recent efforts towards ending poverty and opening opportunities of growth for civilians are strides toward a just world, which EV… END_OF_DOCUMENT_TOKEN_TO_BE_REPLACED

“I came to Braddock because I missed a sense of community organization and sensed I could help, though I wasn’t sure how. There are obviously things I’m trying to get out of this project, I am excited to have a chance to be a part of something histor… END_OF_DOCUMENT_TOKEN_TO_BE_REPLACED

The website and its content is powerful. Congratulation. I know it is the most honest dreams that take the longest to manifest because they are guided by the heart and soul and not by greed. Thank you for your work – it is imperative that it exists i… END_OF_DOCUMENT_TOKEN_TO_BE_REPLACED