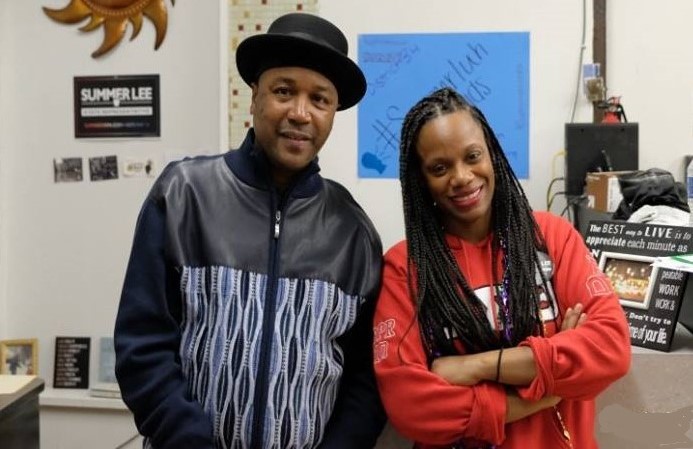 Community Agenda development is critical to the survival of America’s vanishing Black communities. Building consensus, support and “critical mass” for a community agenda is like getting ketchup to flow from the container. The Braddock Inclusion Project is developing the frame work for an agenda to present to the larger community in a sustained effort to continue building momentum until a steady flow point is reached. Then, the goal is to get to the point where the energy flows throughout the greater majority population to support implementation of the community agenda. While many talk of a “national” Black agenda, without the proven results or examples at the local level to base it on, it would be almost impossible to conceive.

To bring about the community-wide change on a scale envisioned by the Braddock inclusion project the entire community must be informed and involved. We’ve communicated the messages about desired results to a broader audience than the usual human services and education stakeholders. This larger community needs to hear the message and understand its value. A wide circle of stakeholders and support is needed to bring about community change on a large scale, facilitate implementation plans for the community agenda, encourage wide-range rethinking about how community assets and resources are used. Powerful and influential individuals in the community such as the governing council, State representative, school board members and community administrators need to become familiar with the community agenda and agree to help move it forward.

Building capacity for local decision-making is a key component to our community agenda. Empowering Black individuals, institutions, organization, educational structures and businesses at the local level is critical. The agenda is essentially based on a premise that government, in tandem with informed citizens and community organizations, can and should do a much better job of helping the disadvantaged people in the community become permanently self-sufficient.

Our proposed community agenda will encourage New approaches to professional development and local capacity building. New forms of local governance that embody the values, needs, concerns and voices of the community residents. Community quality of life and service strategies that reach across categorical boundaries and that are truly community controlled. Local county, State and federal Service agencies, including their directors, staffs, and boards of directors, need to be made aware of and agree with the community priorities and commit essential resources and support for implementing the strategies developed in the community agenda. While simultaneously giving our community local authority, we can begin the process breaking down the current categorical systems of exclusion and create new approaches to uplift and help those suffering the most in the community instead of focusing on empowering a select few outsiders.

Increasing public awareness about The Braddock Inclusion Project’s community agenda, our work and role in the community emphasizes the importance of a community-wide effort as an effective way of improving the economic stability, quality of life, well being of children and families in the community. Gaining support for the community agenda involves friendships, teamwork and relationships. It means reaching out and putting forth effort to sustain and nurture the bonds created over time. Developing trust. Broken families, individuals and the youth are the most important stakeholders. They are key components in any community agenda and must be aware and supportive of the agenda’s priorities.

Black state legislators and community council members, especially, will find themselves on the front line of this fight, in regards that they can wield influence in state capitols and county halls in ways that can offset negative impact on resistance from those in the dominate structure wishing to maintain control over those who they neglected, taken advantage of and left suffering at the bottom of society for decades. Their job of expanding public awareness, creating interest, and participation so that everyone knows they have a stake in bringing about change for children, individuals and families in our broken community will be critical.

Another key factor to remember when developing the agenda is that a community’s economic stability, development and political structure goes hand in hand.
Politics is the theory and practice of influencing people through the exercise of Power, e.g. governments, elections and political parties. In practice there is a strong relationship between economics and politics because the performance of the economy and a communities economic stability is one of the key political battlegrounds.

Political change is a normal function of internal and external politics. Politicians will be voted out, retire, or die while in power, and the new politician will make changes. Political changes most often stem from social or economic issues that a community may be facing. For instance, political change may be caused by social issues, such as the tensions between community residents and law enforcement, gentrification, displacement or policies that deny specific groups of people civil rights.

With the recent election of Summer Lee,(https://youtu.be/JJuSyCFBqYY) south western Pennsylvania’s first ever Black female State legislator, this organization and other stake holders in the community believe that the key components are in place to move the agenda forwards. Summer is only 30 years old, from the community and can relate directly to the specific needs and concerns of the community’s majority Black populations..

With few exceptions, The Braddock Inclusion Project won’t be able to get far on our own. It will be impossible for us to juggle all the responsibilities of the community agenda and still expect to grow our organization. As for our part, we will continue to mainly focus on the development of our community incubator space, which is a major part of the agenda. While our organization will play an integral role in the development of the community agenda it will need a capable team in place to delegate tasks, allocate resources and keep the priorities of the agenda front and center.

The community agenda first and foremost, needs to focus on sustainable wealth creation in our community. Black leaders need to leverage their power and platforms to ensure that our community has access to vital self-sustaining economic resources, economic opportunity and jobs creation opportunities. We will encourage community leaders to focused on economic justice. We must stop thinking that capitalism will self-correct it’s patterns to provide opportunities that allows all people to prosper instead of the select few that it now works for. Our community needs a community agenda that demands state and federal government to dedicate significant resources to provide economic development, skills training, jobs creation and infrastructure development.

By continuing to deconstruct the communities current political and economic structure though the community agenda it will enhance our community leader’s ability to attract working class Black individuals, families and business. By circulating the dollar within our own community, we will increase the profits earned by Black-owned businesses that, in turn, reinvest in the community in a variety of ways (living and paying taxes there, enjoying the amenities, employing the population that lives there, etc.). This would cause the demand for Black-owned establishments to rise and would ultimately complete the cycle of encouraging others to open new businesses to do the same.

However, the success of this part of the agenda is contingent upon the critical initial investments. The fight for reparatory justice that addresses multiple forms of financial discrimination will be crucial. Reparations, county, state or federal funding should no longer be considered a handout, but as a hand up to a level playing field where the Black community has a fair chance at winning and controlling its own destiny. Our community agenda will focus on rebuilding our community so that the people who live in it – not a tiny group of outsiders – are the deciders, the planners, the developers, the policymakers and beneficiaries. House by house. Block by block. Community by community. There’s no reason why there can’t be more Black enclaves such as DeSoto, TX, littered thought out the American landscape. Please visit link below on how you can support our Agenda.

“I came to Braddock because I missed a sense of community organization and sensed I could help, though I wasn’t sure how. There are obviously things I’m trying to get out of this project, I am excited to have a chance to be a part of something histor… END_OF_DOCUMENT_TOKEN_TO_BE_REPLACED

“Braddock Inclusion Project consists of brave leaders ready to impact Braddock residents by promoting inclusion. Their recent efforts towards ending poverty and opening opportunities of growth for civilians are strides toward a just world, which EV… END_OF_DOCUMENT_TOKEN_TO_BE_REPLACED

The website and its content is powerful. Congratulation. I know it is the most honest dreams that take the longest to manifest because they are guided by the heart and soul and not by greed. Thank you for your work – it is imperative that it exists i… END_OF_DOCUMENT_TOKEN_TO_BE_REPLACED