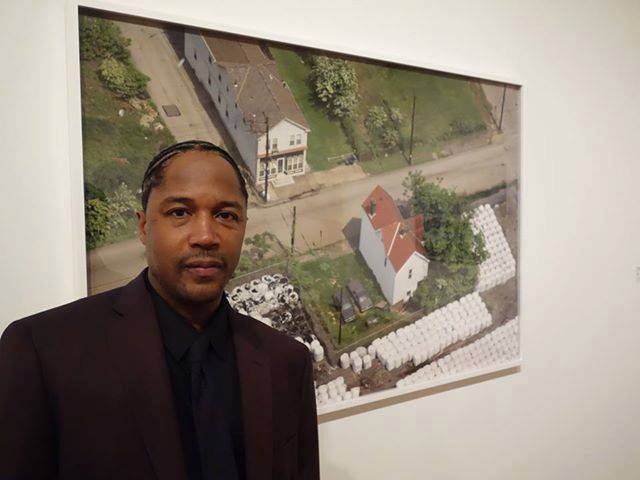 A project meant to strengthen the role of marginalized Braddock residents in their community’s redevelopment is seeking $20,000 via an Indiegogo campaign that has just weeks to go.

The Visual Landscape Gallery Boutique, an art gallery and a community-resource center, is an initiative of the Braddock Inclusion Project.  The nonprofit BIP is run by Isaac Bunn, a Braddock native and activist whose collaborators and supporters include famed photographer LaToya Ruby Frazier and acclaimed filmmaker Tony Buba.

Bunn says the gallery would feature the work of Frazier — a Braddock native who in 2015 won a coveted MacArthur “genius grant” for her work documenting her hometown and its people — and clothing designer Chiaka Zulu, an artist who has spent most of his life homeless. Bunn also foresees the building housing programming including classes in entrepreneurship, parenting and more.

A space for the gallery has been secured at 530 Braddock Ave., in the heart of this old mill town and not far from The Brew Gentlemen brewpub and other signs of incipient reinvestment. The $20,000 would go toward completing renovations on the building and creating a part-time management job for an unemployed or underemployed area resident, says Bunn.

Bunn is concerned that the potential redevelopment of his economically distressed hometown will fail to include many long-time residents, especially low-income people and African Americans.

Buba is also a Braddock native, and many of his short films immortalized Braddock, its economic decline, and its resident characters. He tells CP he has been helping Bunn out with the gallery. “It’s a nice spot for an alternative space,” he says. “It’s a worthy project in terms of it would give a place to local artists who don’t have a chance to get exhibited.”

“I think it’s important to have varied voices in a community, and someone a community can relate with” to operate spaces like the planned gallery, Buba says.

To learn more about the Visual Landscape Boutique Gallery or the Braddock Inclusion Project, or to contribute to the Indiegogo campaign, click here.

“I came to Braddock because I missed a sense of community organization and sensed I could help, though I wasn’t sure how. There are obviously things I’m trying to get out of this project, I am excited to have a chance to be a part of something histor… END_OF_DOCUMENT_TOKEN_TO_BE_REPLACED

“Braddock Inclusion Project consists of brave leaders ready to impact Braddock residents by promoting inclusion. Their recent efforts towards ending poverty and opening opportunities of growth for civilians are strides toward a just world, which EV… END_OF_DOCUMENT_TOKEN_TO_BE_REPLACED

The website and its content is powerful. Congratulation. I know it is the most honest dreams that take the longest to manifest because they are guided by the heart and soul and not by greed. Thank you for your work – it is imperative that it exists i… END_OF_DOCUMENT_TOKEN_TO_BE_REPLACED