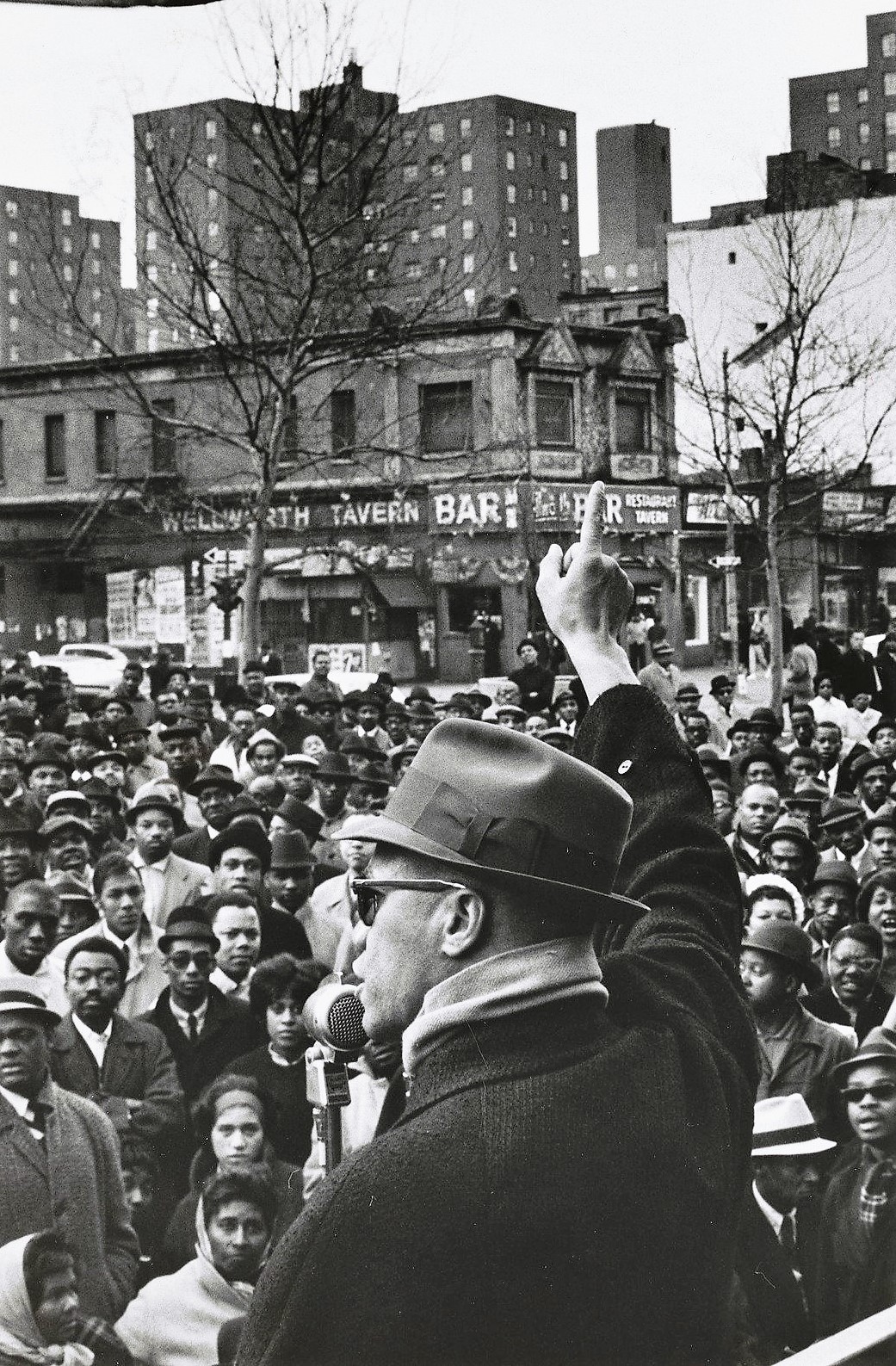 We’ve got the wrong people speaking for us and the wrong motives driving their efforts. The simple fact is, if we want to be a serious people, we need serious leaders. A people and their community is often judged by the quality of its leadership. Reinventing Black leadership and the vision for redeveloping Black America is a discussion that must take place in what’s left of America’s vanishing Black communities. It must be discussed among those Black Americans who are capable of understanding the dire reality facing Black America.

The situation in the Black community is so desperate that reinventing Black leadership is perhaps the only thing that can provide the inspiration and vision to make meaningful, self sustaining  change. Strong, principled leadership can also command the respect of the broader community and dominate structure. An  authentic respect that is needed for serious dialogue and discussion rooted in the preservation of Black life in America..

It is important to note the difference between leaders who happen to be black, and leaders who want to be seen as representing the Black community. The former is doing very well in our country while the latter is a cause of deep concern.

In the 1970s and 1980s, as integration and Black class division began taking root, as the devastating effects of single parent homes and  drugs began to plague our inner cities, and the dominate structure began trying to erase the very minimal civil rights victories that were achieved, Black leadership became not only rooted in racial protest, but unable to be self-reflective or self-critical. Unfortunately,  Black leaders latched onto the flawed notion that integration and minimal  civil rights gains was the solution. They increasingly found themselves at each other’s throats as they jockeyed to be the National faces of Black America and falling over themselves to fight another groups battle while their own suffer at the bottom of American society.

The results have created a subservient group of  Black leaders who are only occasionally allowed to play small ball in the ruling dominate structure, negotiating for minor concessions and programs of questionable benefit to anyone other than themselves, the dominate structure or their close associates. Many may provide statistics on how effective their programs are, but the facts are clear. The poverty rate hasn’t improved since the 1960s; the school to prison pipe line is functioning at a all time high and Black unemployment remains triple that of whites. There simply is no overarching vision of self sustaining  solutions addressing the redevelopment, survival or basic human needs of the Black Community.

White, privileged, urban political and civic leaders in the Pittsburgh region seem content with symbolic gestures such as changing the name of Columbus Day rather than working on real concerns, like the fact that for decades they have ignored and enabled the suffering and exclusion of the regions Black population. One suspects that these same leaders are quietly complicit in the state of Black leadership, for fear of being seen as insensitive or racist. Many, as means to justify their past neglect and enrich themselves, continue to high jack the cause of Black suffering to add to their own missions statements instead of providing direct resources too and insuring that those suffering are provided the opportunity to address their own issues  with solutions that they think best would benefit their community.  Reinventing Black leadership that address this important issue is key. Black leadership can not continue to allow other’s to speak for them. They can not continue to allow other’s  to collect available resources to do for Black people what they can be doing for themselves.

As a lifelong resident of the Pittsburgh region I’ve witnessed the devastation of a  local Black leadership structure that is lacking. It seems we are subjected weekly to stories of civic and political leaders engaged in neglect, illegal, unethical or questionable practices. The response to this criticism, usually  directed by the dominate structure,  is often that the state of leadership in all American communities is weak and that we should not have higher expectations in the black community than we have for broader American society. This tolerance of nor standard can not be excepted any longer.

Bringing about  meaningful change in the Black community  requires a very particular set of natural skills. Black Leaders must notice subtle shifts in the political landscape that threaten the rights and standing of Black Americans in society. They must analyze complex information and question even more complex motivations. They must be socially responsible in not attributing every societal stumble to racism. They must have a clear and articulate voice in explaining when injustice occurs, and they must have the courage to tell the world — even when the world doesn’t want to hear it. In reinventing Black leadership it will enable Black communities the opportunity to represented itself and offer practical solutions to specific problems they’er collectively facing.  It will help to produce a leadership with the drive, wisdom and knowledge  to inspire other people to participate in those solutions.

By reinventing Black leadership at the local level Black communities can begin to define their own goals, develop their own business, lead their own organizations and support those organizations.  They can began to develop their own plans for community redevelopment. They can began to reject the racist institutions and values forced and influenced upon them by the dominate society.  Local Black leadership must demand support from the dominate structure in efforts to allow Black people to lead and run their own institutions. Only Black people can convey the revolutionary idea–and it is a revolutionary idea–that Black people are able to do things themselves. Of curse provided with the resources, able to redevelop their own communities. Only they can help create in the Black community an aroused and continuing Black consciousness that will provide the basis to build sustainable family structures and political strength.

In 2017 America, integration as a goal today speaks to the problem of Blackness not only in an unrealistic way but also in a dehumanizing way. It is based on the complete acceptance of the fact that to have a somewhat  decent life, house or education, Black Americans must move into a white neighborhood, buy White sponsored products, obey white polices, laws and send their children to a white school. This reinforces, among both Black and white, the idea that white” is automatically superior and Black is inferior. For this reason, integration is a subterfuge for the maintenance of white supremacy and a social structure that excludes Black Americans.

Reinventing Black leadership will produce leaders in the Black community willing to bring all aspects of injustice, oppression and Black exclusion  to the public’s attention, especially at a pivotal time in American history when the majority of the public doesn’t want to hear it.

“Braddock Inclusion Project consists of brave leaders ready to impact Braddock residents by promoting inclusion. Their recent efforts towards ending poverty and opening opportunities of growth for civilians are strides toward a just world, which EV… END_OF_DOCUMENT_TOKEN_TO_BE_REPLACED

“I came to Braddock because I missed a sense of community organization and sensed I could help, though I wasn’t sure how. There are obviously things I’m trying to get out of this project, I am excited to have a chance to be a part of something histor… END_OF_DOCUMENT_TOKEN_TO_BE_REPLACED

The website and its content is powerful. Congratulation. I know it is the most honest dreams that take the longest to manifest because they are guided by the heart and soul and not by greed. Thank you for your work – it is imperative that it exists i… END_OF_DOCUMENT_TOKEN_TO_BE_REPLACED