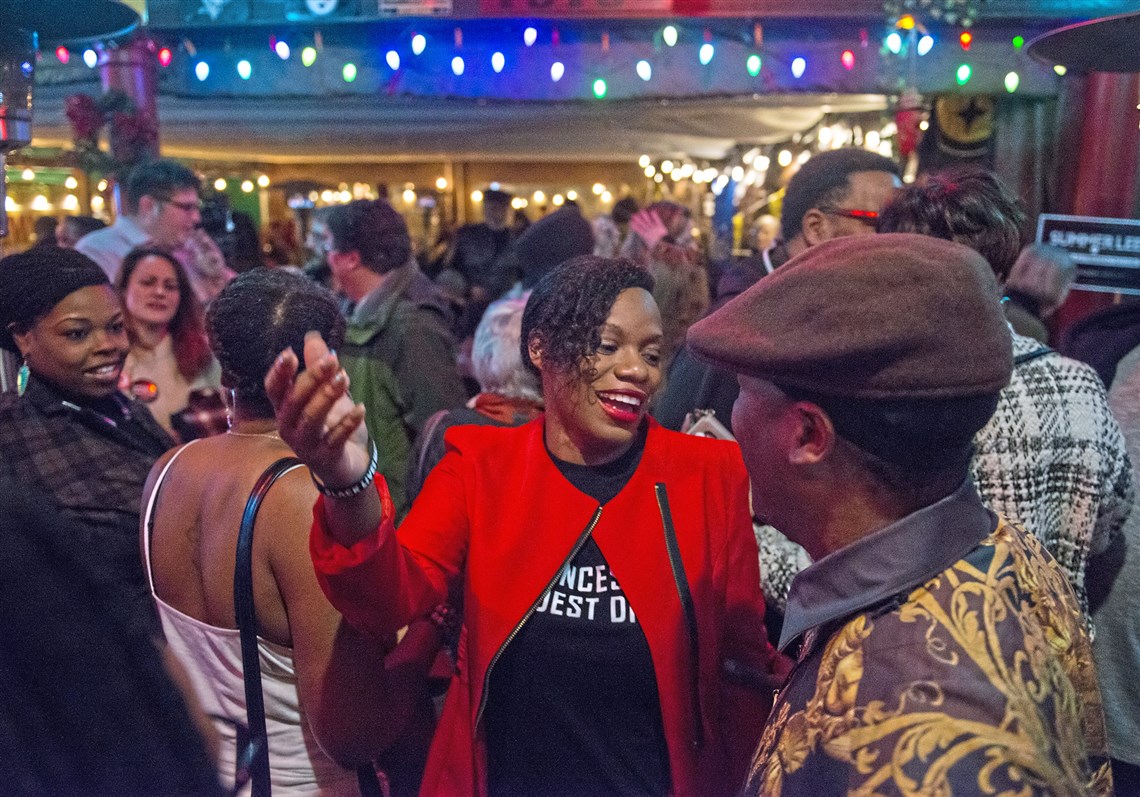 Black voter power must be collectively harnessed and nurtured  at this very moment in time. It is no secret by now that the access to vital economic resources, massive cash amounts being hoarded by the privileged and elite, are essential to the liberation of Black America. But to have a fighting chance Black voter turnout in what’s left of America’s vanishing Black communities is just as vital. Without a strong political base demanding the economic resources needed to build up a sustainable infrastructure for the residents, organizations and institutions in the community nothing will ever get done and future Black generations of the regions will continue to languish at the bottom of society. It’s not enough to depend on those who are just barley getting by. And while their spending habits, mind conditioning and life style choices may be questioned  that’s something that must be addressed and instilled into the coming generation as information on what Not to do.

Black voter turnout is also a key ingredient in ridding the Black community of ineffective, cancerous Black leadership. Old school submissive and Subservient Black leadership that has done absolutely nothing for those who are suffering and being systematically red lined in the community. Black leadership must be held accountable for allowing the suffering and injustice to drag on. Black leadership Silence is direct inhumane structural Violence towards those who are suffering the most at the bottom of the Allegheny county. These leaders must also be held accountable for the continued perpetuation of the Human Rights violations that are being afflicted upon the region’s most at risk. They can no longer get a free pass as the regions Black communities are being dismantled, gentrified and remaining residents displaced.

Ahead of Alabama’s special U.S. Senate election, there was a clear narrative about the state’s Black voter: They weren’t mobilizing. They were out “Turning Up”.  Supposedly Six in 10 black voters who were stopped by a New York Times reporter in a shopping center a week leading up to the election didn’t know an election was even going on, a result the reporter took to mean that overall interest was low. The Washington Post determined that black voters  weren’t “energized.” HuffPost  concluded that black voters weren’t “inspired.”  And of course, If Democratic candidate Doug Jones had lost to GOP candidate Roy Moore, weakened as he was by a sea of allegations of sexual assault and harassment, then most of the blame would have been on black voter turnout.

But Jones won, according to the Associated Press, and that script has been flipped on its head. Election Day defied the narrative and challenged traditional thinking about racial turnout in off-year and special elections. Precincts in the state’s Black Belt, the swathe of dark, fertile soil where the Black population is concentrated, long lines were reported throughout the day, and as the night waned and red counties dominated by rural white voters continued to report disappointing results for Moore, votes surged in from urban areas and the Black Belt. By all accounts, black turnout exceeded expectations, perhaps even passing previous off-year results. Energy was not a problem.

Exit polls showed that the Black voter made a big splash. The Washington Post’s exit polls indicated that black voters would make up 28 percent of the voters, greater than their 26 percent share of the population, which would be a dramatic turnaround from previous statewide special elections in the South, including a special election for the Sixth District in Georgia, which saw black support for Democratic candidate Jon Ossoff dissipate on Election Day. As the Cook Political Report editor Dave Wasserman noted on Twitter, turnout was particularly high in the counties with the largest black populations. In Greene County, a small area that is 80 percent black and that Martin Luther King Jr. frequented in his Poor People’s Campaign, the turnout reached 78 percent of that of 2016, an incredible mark given that special elections and midterms usually fall far short of general-election marks.

The continued education and registration push for the Black Voter in the regions 34th  district and throughout Allegheny county last few Black communities must continue. Young leadership, such as local resident Summer Lee, must continue to be cultivated at the grass roots level. The energy, Hope, enthusiasm and added diversity (from other non-Blacks who are like mined and feel estranged from the business as usual culture and exclusionary practices that has plagued Allegheny county for generations) that was on display at Ms. Lee’s MLK DAY Campaign kickoff rally must be sustained and build upon. The push must intensify. The survival and advancement in the quality of life and economic stability in what’s left of the regions last reaming Black communities will depend on it.

“I came to Braddock because I missed a sense of community organization and sensed I could help, though I wasn’t sure how. There are obviously things I’m trying to get out of this project, I am excited to have a chance to be a part of something histor… END_OF_DOCUMENT_TOKEN_TO_BE_REPLACED

“Braddock Inclusion Project consists of brave leaders ready to impact Braddock residents by promoting inclusion. Their recent efforts towards ending poverty and opening opportunities of growth for civilians are strides toward a just world, which EV… END_OF_DOCUMENT_TOKEN_TO_BE_REPLACED

The website and its content is powerful. Congratulation. I know it is the most honest dreams that take the longest to manifest because they are guided by the heart and soul and not by greed. Thank you for your work – it is imperative that it exists i… END_OF_DOCUMENT_TOKEN_TO_BE_REPLACED