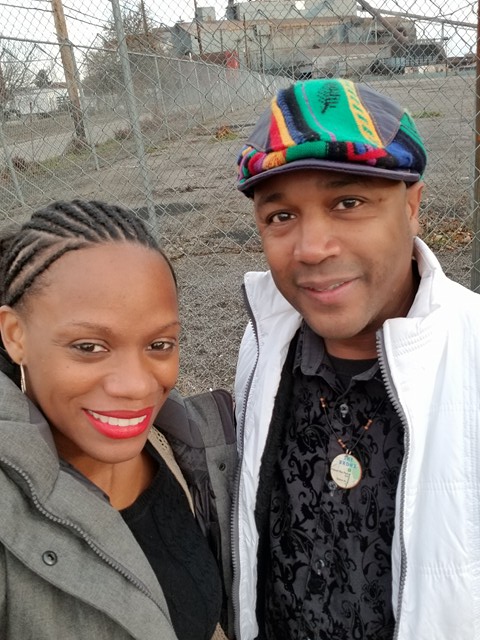 Every generation or so someone comes along with the potential to change history. Someone who dares to move forward. Local resident, Summer Lee could to be one of them. Over these past weeks, the public has had the opportunity to observe and evaluate the perspectives and agendas of the various candidates in the upcoming elections and it is critical that these evaluations continue. It’s critical that residents are educated and properly informed about what’s at stake.

Summer Lee is a lifelong resident of the 34th district, where she grew up in the North Braddock and Rankin neighborhoods and currently resides in Swissvale. She is a proud graduate of Woodland Hills High School, Pennsylvania State University and Howard University School of Law, where she specialized in civil rights and constitutional law. While at Howard, Summer worked with the NAACP Legal Defense and Educational Fund, where she was an Oliver White Hill Fellow, and in the Office of the General Counsel for the District of Columbia Public Schools. She also served as a student attorney in the Howard University School of Law Civil Rights Clinic, representing and assisting clients with civil rights complaints.

Since graduating law school, Summer Lee has been a dedicated organizer, activist, and advocate for social justice. Summer has been a leader in the recent struggles to bring justice to the Woodland Hills School District, where she has zealously pushed for increased cultural competency training for teaching staff, the elimination of an armed police presence in schools, and a commitment from the district to decreasing the disproportionate punishment of minority children and children with disabilities.

Summer Lee’s honest, pragmatic, and hopeful insight into her community’s problems, suffering and needs, and her willingness to examine the issues and listen closely to the public’s questions and concerns, sets her far apart from the status quo. There’s an acquired respect and admiration for her generosity, intelligence, and dedication to those who are without hope. She puts many hours into making the under-served optimistic about their future.

Braddock is a changing town and  The Braddock Inclusion Project hopes that someday people will choose to come to Braddock to build their future. To raise their children and to open business that reflect the majority population of the community. We are striving for a brighter future for all in Braddock, pursuing initiatives and programming which meet hopes and resolve concerns. We are working hard to deliver sustainable, evidence-based and economically credible initiatives that benefit those most at risk. We are serious about eliminating poverty, about equality of opportunity, about quality of life and the well being of the working class. We are working to improve connectivity and access for all, not just a select few.

To advance and accomplishes these objectives Braddock needs leadership that represents all of Braddock, who puts people before politics and self, has an unobstructed vision for Braddock’s future and who brings real life experience in social justice to the table, not just talk. Someone who seeks out innovative ideas and different perspectives, weighs the alternatives, considers possible outcomes and develops reasonable positions. Someone who’s dedicated to the real struggles of those who are being left behind and excluded from the regions rebirth.

When a vote is cast, it is a vote for the future, a vote of hope, a vote for radical change, a vote of ambition. We urge voters to get educated and think very carefully. Is a vote for the same old system really going to change anything for the better? Should we not be brave? Should we not seek something better? Braddock has been on the Act 47 Financial Distress list since 1988.  If you really want a better future, do something extraordinary, Vote. To learn more about local resident Summer Lee please visit