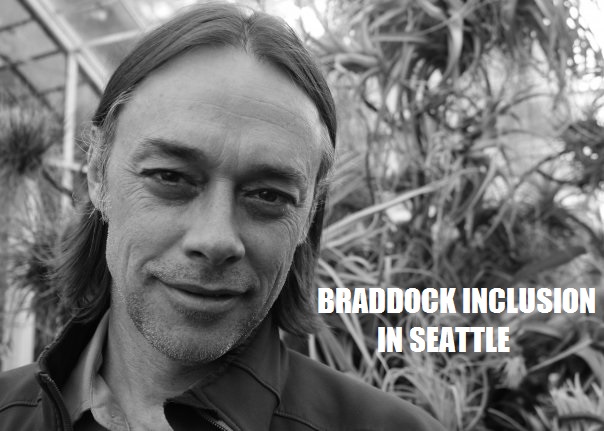 In Seattle Rex Hohlbein had been designing luxurious homes for more than two decades when his life began to shift.

He began inviting homeless people into the office of his architecture firm to warm up, use the bathroom and get a cup of coffee. Pretty soon, he found it hard to spend his days designing million-dollar homes when he was meeting so many people he found sleeping in tents or under a doorway.

Hohlbein has stated that this is not anything against people that have money or who are privileged. It’s just that at some point, after his contact with those suffering day to day to survive, he started to understand how people are really struggling at the bottom of American society and he found it hard to turn away from that reality.

Hohlbein gave up his architecture practice to work full-time with people on the street. His life may never have taken this unexpected detour had he not met a man named Chiaka, a Braddock, Pa native who at the time had been on the streets of Seattle for 10 years. Chiaka, who is no longer homeless and back in Pittsburgh will be one of the featured artists at the Visual Landscape Gallery Boutique, an initiative of this organization.

One  morning Hohlbein saw a man sleeping outside his office. Something moved him to stop. He tapped the man’s shoulder and told him that after he woke up, he should come by his Fremont office to have a cup of coffee and use the bathroom. The man did, and introduced himself as Chiaka.

Chiaka asked him if he could read him a children’s book story that he was writing and  pulled out about 20 pages of crumpled up 8½-by-11 pieces of paper.  About three-quarters of the way through he began to cry.  He has said that what he herd and experienced was so beautiful that, in that very moment, his life was forever changed by Chiak’s reality and his power of storytelling.

After more conversation Holbein learned that Chiaka was  also a gifted artist. Holbein offered to store his art and let him sleep in the shed next to his office. He then started a Facebook page to highlight Chiaka’s artwork. Not long after chiaka returned to Pittsburgh. Motivated and inspired by Chiaka Holbein  latter went on to start Homeless in Seattle and never looked back.

Now, after recently reconnecting with Chiaka and learning of his involvement with The Braddock Inclusion Project, Holbein is eager to help out in anyway that he can to help raise awareness and funding for a project that will  help bring  Chiaka’s creations, gifts and spirit to humanity.

The Braddock Inclusion Project’s connection to Seattle runs deep. It was in Seattle, not Pittsburgh, that the organization was launched. In Late 2013 at the opening of Braddock Inclusion Project supporter and famed photographer, Latoya Ruby Frazier’s exhibition “Born By A River” at the Seattle Art Museum is where she and organization founder, Isaac Bunn, introduced the organization.  Please continue to check back for updates.