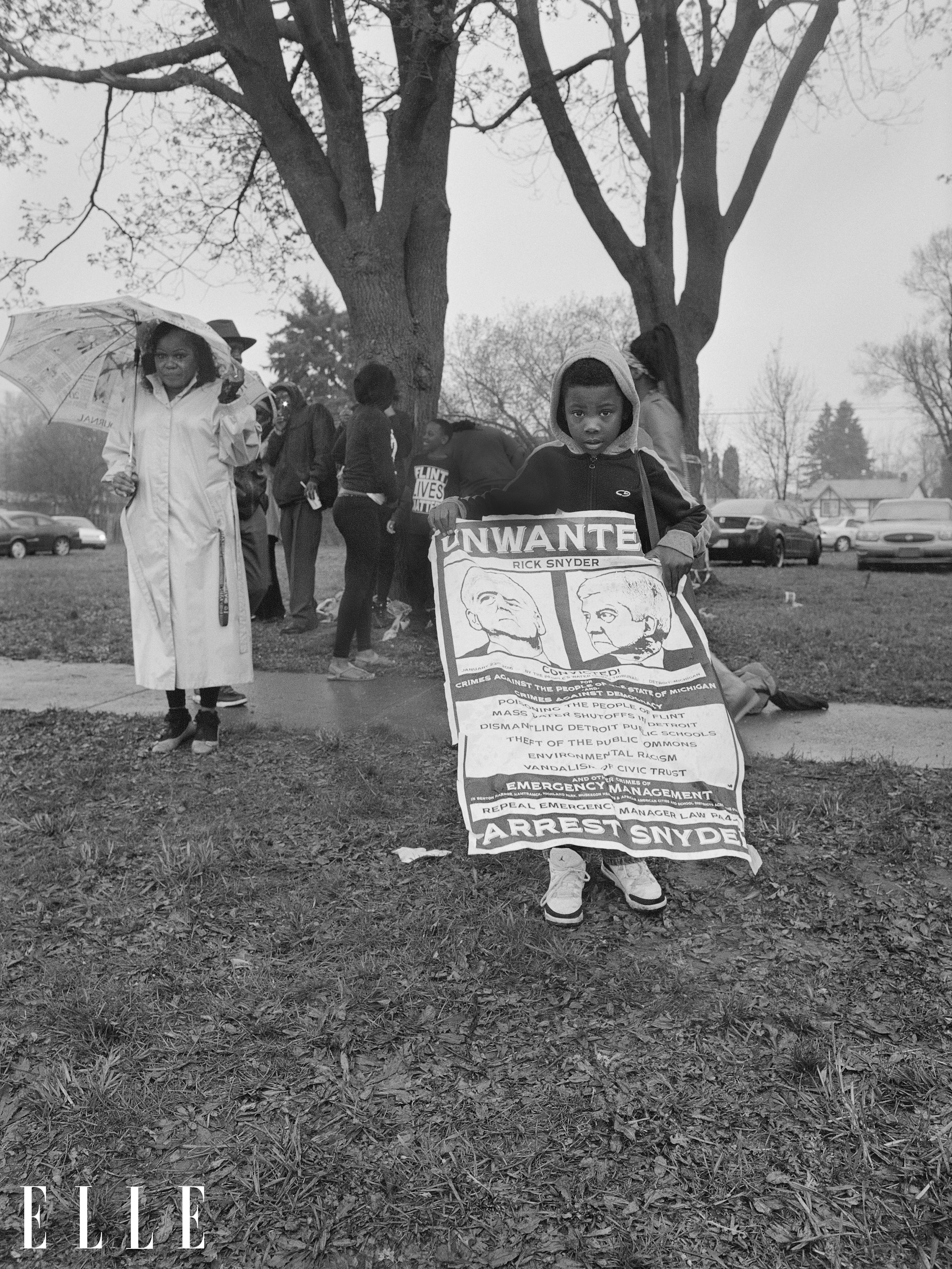 “Flint Is Family”, the debut of an original multimedia documentary project by elle Magazine, is the culmination of an in-depth, five-month endeavor between Latoya Ruby Frazier and  Elle.com. In Flint is Family, her first published work sense being named a MacAuthor  Fellow, Frazier evokes  themes from her critically acclaimed book “The Notion Of Family”, as she make’s collaborative portraits of three generations of Woman who both suffer and thrive amid the worse man made catastrophe in recent history.  After admiring The Notion Of Family, it was clear to us who was that there was no one more suited than Latoya to tell the story of what is happening in Flint Michigan said Elle site director Leah Chermikoff.

As in Frazier’s own hometown of Braddock, PA, Flint is a rustbelt city whose economy was slowly dwindling with the decline of America’s auto industry. And in April 2014, when the town began temporarily drawing its water supply from the nearby Flint River, things became worse very quickly. The river’s corrosive water caused lead from old piping to leach into the water supply, eventually exposing between 6,000 and 12,000 children to drinking water with elevated lead levels. Flint’s water crisis is arguably America’s worst man-made environmental catastrophe in recent memory. Frazier’s black and white photographs reveal the very specific narrative of the Cobb family, capturing everyday moments, domestic images, and shots from a family wedding, along with the wider story of how the city has failed it residents and betrayed the public trust. A scenario that is historically all to familiar to Black America and it’s communities.

Frazier’s project includes a series of haunting black-and-white stills and a short film narrated by Shea Cobb herself. For all 36 photographs, the short film, an informative timeline of the events read the full article via Elle.