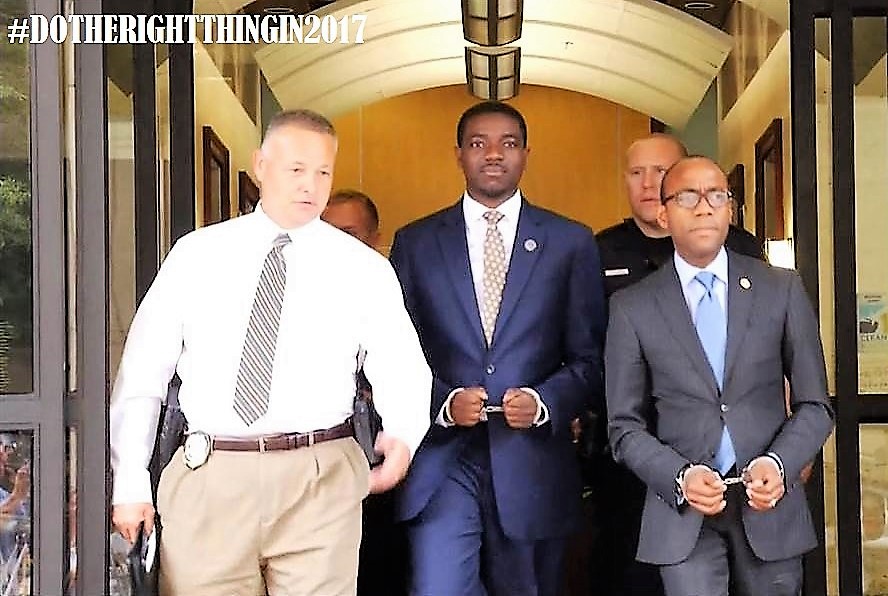 As the push to include more immigrants and refugee’s from foreign lands increased Black leadership was lock in step with establishment, not to mention allowing illegals to remain in the country  While many spoke aggressively on the mater of immigration reform none of them spoke out on how any of this would improve the lives or benefit Black Americans. Black leadership must #dotherightthingin2017.

With the majority of Black community’s still facing excessively high unemployment, racial wealth gap between Blacks and Whites expanding to numbers higher than  any time in recent history, fully one third of the Black community in abject poverty, and overall rates of poverty as high as they’ve been in over 50 years,  one has to question what has happened to Black leadership? As historic Black communities throughout America are being Gentrified and life long residents are being displaced in historic numbers Black elected officials and clergy are no where to be found. This burial silence and non action must end. #dotherightthingin2017

One way to remedy this consistently bankrupt leadership model is to develop Black political mobility that unites people around issues that represent their class and economic interests instead of depending on the illusion of racial kinship forcing us to foist our representation on people chosen within a status quo paradigm. Black Leadership being chosen by White acclamation is nothing new and goes back as far as the late 1800s.  Power must be invested in the people as to empower themselves. At the grassroots level people must be trained with the organizational and political capital to advocate and fight for policy and economic models that best serve their needs. They must negotiate their interests in democratic organizational structures with checks and balances on leadership that truly reflect their demographic realities.

As events from Cairo’s Tahrir Square to Occupy, that never got results for the 99 percent, have shown it’s no longer necessary for protest movements to be led by charismatic, central figures. Communities and their many leaders must work together and #dotherightthingin2017

“I came to Braddock because I missed a sense of community organization and sensed I could help, though I wasn’t sure how. There are obviously things I’m trying to get out of this project, I am excited to have a chance to be a part of something histor… END_OF_DOCUMENT_TOKEN_TO_BE_REPLACED

“Braddock Inclusion Project consists of brave leaders ready to impact Braddock residents by promoting inclusion. Their recent efforts towards ending poverty and opening opportunities of growth for civilians are strides toward a just world, which EV… END_OF_DOCUMENT_TOKEN_TO_BE_REPLACED

The website and its content is powerful. Congratulation. I know it is the most honest dreams that take the longest to manifest because they are guided by the heart and soul and not by greed. Thank you for your work – it is imperative that it exists i… END_OF_DOCUMENT_TOKEN_TO_BE_REPLACED