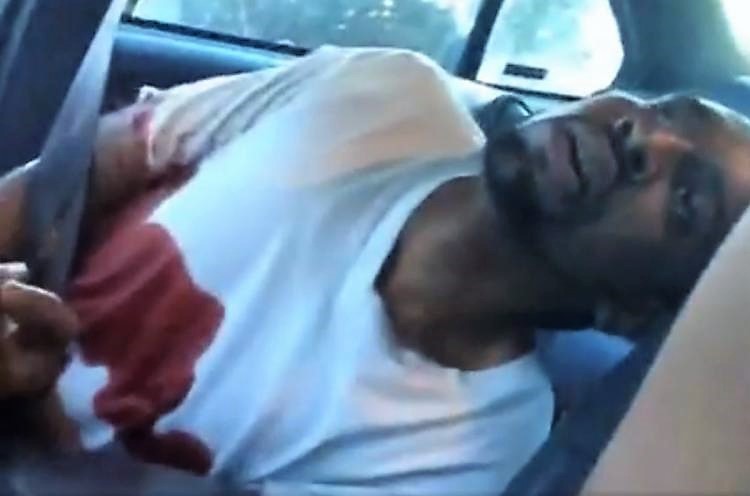 The déjà vu of Black pain, trauma and death is a generational experience in America. Black Americans are stuck in a loop of violence, economic exclusion, oppression and injustice. Black Americans exist and somehow survive  in a constant state of trauma and distress. They are forever aware of their  close proximity to violent death , ordinary nature of their demise and how it could always be one of them or someone they love. Research suggests that this collective trauma can be passed down to new generations. At times, it seems like we’re feeling exactly the same isolation, anger, fear and deep fatigue that our ancestors felt. The reality is that we are feeling it because we’ve been reliving the same experience for centuries.

We’ve been here before ― and as sure as the sun will rise in the morning- we’ll be here again, soon.

To be Black in America is to exist in haunting, mundane proximity to exclusion and  death at all moments. There is no reprieve, no mute, no block, nor a unfollow button that can loosen Black America from the shadow that was created for them by the ruling structure. And yet, Black America must try to survive in these horrific conditions every day. They must carry on as though nothing is wrong, as though video of Black death is not both the trailer and feature film. This collective trauma is normal, in the way the ache of a migraine pulses is painful but familiar. You feel numb, or you don’t, or you swing back and forth in the breeze. There is no protocol. There is no making sense of the way Black Americans are taken from this planet without ceremony or reason, but now Black American’s must care for each other as never before while we are still here.

The collective trauma and terror of living an Ordinary Day is lost on many outside the Black community. Philando Castile was shot to death last July on his way home from buying groceries with his girlfriend and her 4-year-old daughter. Last week, the Minnesota police officer who killed him was acquitted by a jury on all counts.

I am personally haunted by how ordinary Mr. Castile’s final moments were. He was just running errands with his family. It’s this denial of the RIGHT to simply be — the perpetual state of otherness — that dangerously shadows Black Americans. Twelve-year-old Tamir Rice was playing in a park. Akai Gurley was walking down the stairs after having his hair braided for a trip to visit his mother. Fifteen-year-old Jordan Edwards was coming home from a party. All of them were killed by law enforcement officers. These deaths also point to the broader terror and collective trauma that Black Americans face while simply going about their daily lives. Yet Black Americans still struggle to hold on to what the ruling structure tells them is ordinary.

On June 20, two Seattle police officers shot and killed Charleena Lyles, a 30-year-old pregnant mother of three. The following day, the former Milwaukee police officer who shot and killed 23-year-old Sylville Smith in 2016 was found not guilty of reckless murder. It seemed like there was barely time to process one of these events, to come to terms with the anger and the fear and the grief, before the next wave hit. It’s a historical vicious cycle and nothing’s being done to address it.

Black Americans are stuck in a never ending, historical loop of violence and injustice.  To be clear, in an America where mass shootings are a common occurrence, there is no shortage of white people who have lost loved ones in a highly publicized tragedy. But the responsibilities foisted on them are not the same: Relatives of white victims can choose to become activists—they might take up, say, the cause of gun control—but they aren’t required to, and they never must, prove that their very lives have value.

Black death and suffering has always been public. This contributes to the recurring feeling that we’ve seen the same death time and time again. Felt the same pain over and over again. Heart flutters and races just a bit more at the sight of a flashing police light in the rear view mirror. It contributes to the collective trauma being immortalized in the genetic code of Black Americans because the dismissive actions by the justice system and Silence by Black leadership leads one to believe that nothing will EVER change.  When Black death videos circulate, they leave families and Black bystanders in a dark cycle they can’t escape. They internalize and know that footage won’t stop the violence. Black death and suffering has long been seen as a spectacle. If anything, video cameras have become an extension of the crowds that used to surround lynching victims. As it was then, as now, even when Black deaths take place in public, for all to see, it doesn’t preserve Black life or persuade a jury to convict the killer.

Black Americans have heard these cries before. They’ve come to them from crime scenes and courtrooms across the country. When the officer who killed Castile was acquitted, the same howls filled the courtroom. When the officer who killed Smith was found not guilty, it happened again. The sound is indescribable. It shakes you to the very core. But you’ve heard it before. Black grief belongs to the world, and is regulated by the same forces that caused such deep pain in the first place. Black Americans become advocates, activists, artists, spokespeople, historians, journalists, and policy experts while also being the gatekeepers of the legacy and humanity of those they’ve lost.  Yet still under all this collective trauma they must somehow do all of this while comforting a ruling society that both produced the conditions for these tragic deaths and still refuses to acknowledge its role in them.

Being Black in America affects one’s life span, insurance rates, blood pressure, lovers, children, quality of life and every dangerous hour of every dangerous day. Please urge your local Black media reporters, elected officials, clergy and civic leaders to Speak up and take major solution oriented ACTION. These deliberate acts of systematic erasure, exclusion and injustice must come to an END. There can be no more sugar coating or buck dancing around what’s at the root of the horrific collective trauma that Black Americans must endure day in and day out.

Many Black Americans are drained and  tried of bearing witness. Just what type of society do we live in when  a small child is thrust out of her youthful innocence and made to bear witness to the death of a man her mother loved? That a four year old was the only one there to comfort her mother should be unthinkable, but instead feels inevitable. Diamond Reynolds has stated that her  daughter is her super-shero. A four year old shouldn’t have to be a super shero. Please stay connected, share and support our continued efforts to bring inclusiveness and  SOLUTION ORIENTED change to our community by visiting the donate section of this site. With funding almost impossible to obtain for organizations speaking of Empowerment, self sustaining solutions and the reality that we live in your support and contributions are vital.

“I came to Braddock because I missed a sense of community organization and sensed I could help, though I wasn’t sure how. There are obviously things I’m trying to get out of this project, I am excited to have a chance to be a part of something histor… END_OF_DOCUMENT_TOKEN_TO_BE_REPLACED

“Braddock Inclusion Project consists of brave leaders ready to impact Braddock residents by promoting inclusion. Their recent efforts towards ending poverty and opening opportunities of growth for civilians are strides toward a just world, which EV… END_OF_DOCUMENT_TOKEN_TO_BE_REPLACED

The website and its content is powerful. Congratulation. I know it is the most honest dreams that take the longest to manifest because they are guided by the heart and soul and not by greed. Thank you for your work – it is imperative that it exists i… END_OF_DOCUMENT_TOKEN_TO_BE_REPLACED