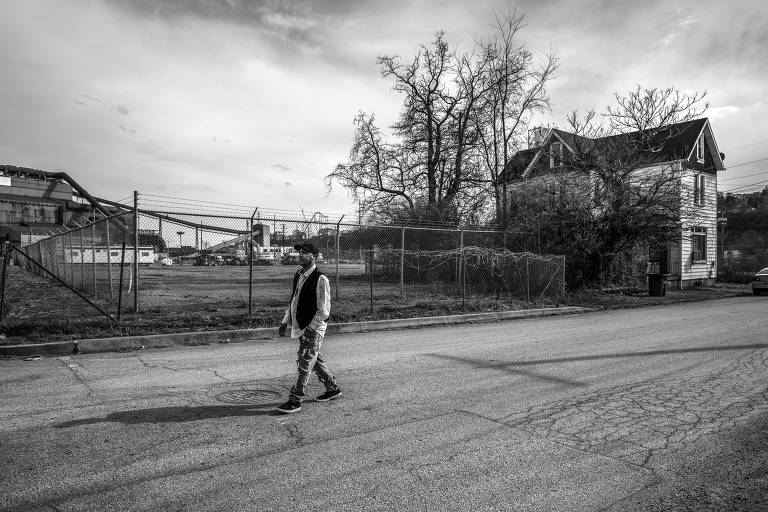 Many people have never heard of Braddock, Pennsylvania, an industrial town on the Monongahela River, just a 20-minute drive from Pittsburgh. Just over 2,000 people live there. The town’s defining feature is itself a remnant of outdated industry — Andrew Carnegie’s steel mill, built in 1872.

But photographer LaToya Ruby Frazier‘s work tells a story that weaves Braddock into the social and economic fabric of the U.S. — one that began when Braddock was a thriving mill town and center of culture.

Frazier’s family dates back four generations in Braddock, having arrived there in the early 1900s as part of the Great Migration of more than 6 million African Americans from the South. Braddock was a hub of industry and commerce, with Carnegie’s mill operating in full force and one of his famous libraries serving Braddock since 1888. That was the life her grandmother knew while growing up in the 1930s, Frazier said.

“Some people remember, this is the place that had all the theaters, had all the bars, had all the shopping centers. That’s why people came to Braddock. They came to shop and for entertainment in that period,” she said. 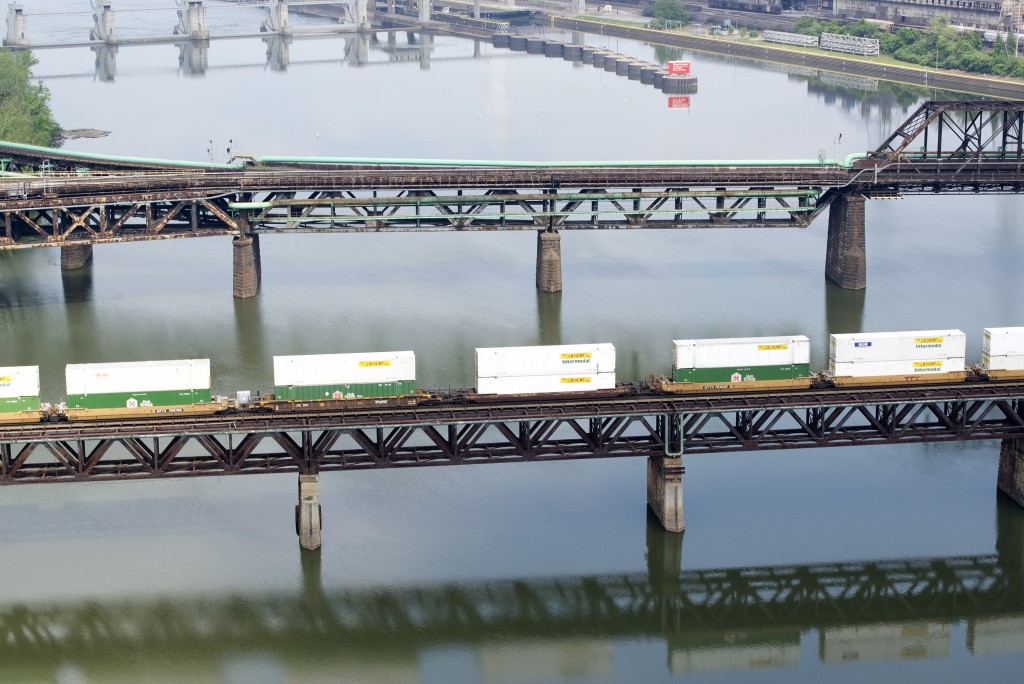 “Railroads and Shipping Containers On the Monongahela River 2013.” Photo by LaToya Ruby Frazier

The steel mill was the center of the town, and most of its residents worked there and lived in Carnegie-built row homes. “That area, the way I see it historically, [was] the right of passage for black and white steelworkers,” she said. “At one point, we all lived there.”

But as the steel industry declined in the 1960s and 1970s, the area lost much of its vitality. White residents moved away from Braddock, leaving behind communities of color who were frequently barred from getting loans to buy homes elsewhere, Frazier said.

“What’s interesting is that through discrimination and racial and systemic oppression, you see how black people were entrapped in that area — through redlining, and not being able to get loans from banks to move to the suburbs, how they were left behind,” she said. 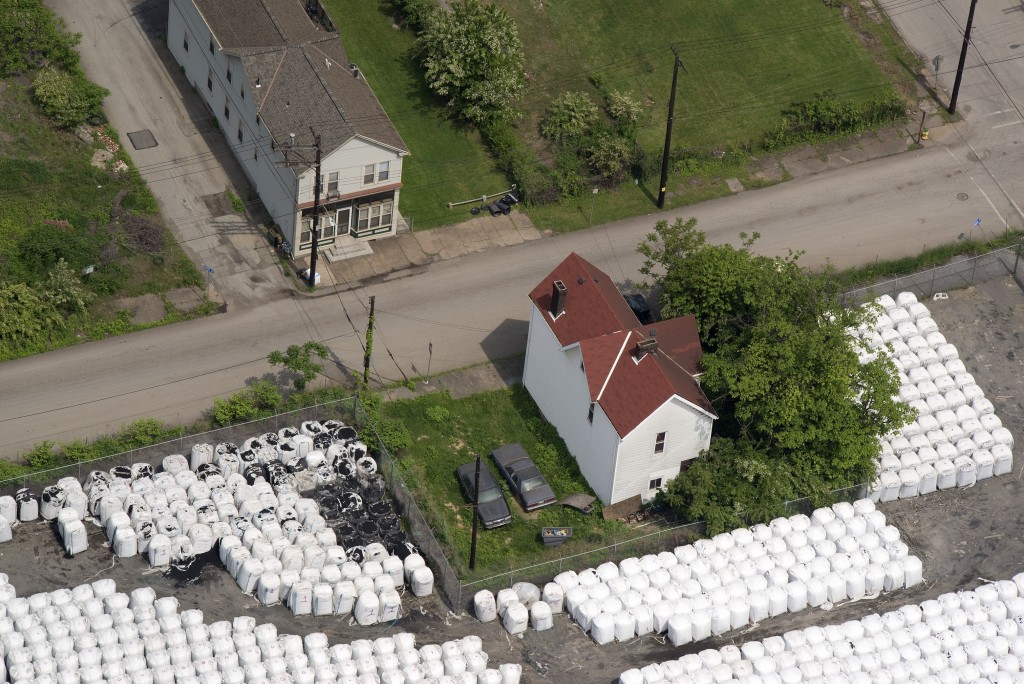 For 12 years, Frazier has captured these changes in a series of portraits of the town and her family entitled “The Notion of Family.” But one home, she said, tells a unique part of this story: the Bunn family home, which sits in the neighborhood that residents call “The Bottom” just a block away from where she grew up. The home rests on a lot that used to hold multiple black-owned homes and businesses, including a cleaners and cafe that Frazier’s great-grandmother ran.

Over roughly the past decade, those buildings came down, leaving room for the lot to become a dumping-ground for city construction, according to Isaac Bunn, the third generation of his family to live in the house.

In 2000, Bunn said he filed an application through the Vacant Property Recovery Program to obtain the vacant land adjacent to his home, but described coming up against bureaucratic red tape multiple times, both in Allegheny County and later in Pittsburgh, where he traveled to check the status of the application.

Eventually, the block dwindled, leaving only his house there by 2009. “I’m trying to hold on to the land and gain a voice for the people, but it was very stressful and draining,” he said. 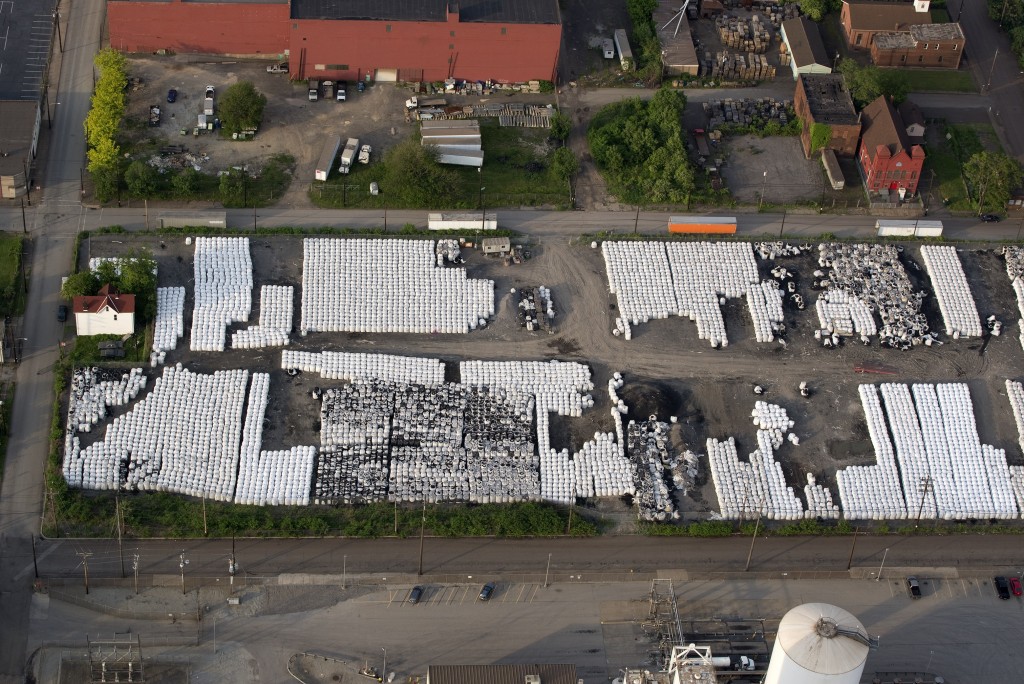 For Frazier, the Bunn home is the latest chapter in a history that has disadvantaged people of color in industrial suburbs like Braddock. Bunn said he does not intend to leave the house, where his family has lived since 1949, and founded the Braddock Inclusion Project to organize residents’ input on city policies and development in 2013.

When Bunn — who she described as “extended family” — told her what had happened to the land surrounding his house, she rented a helicopter and photographed aerial views of the home to help raise awareness and resources for the Braddock Inclusion Project.

“I will continue to fight to hold onto the property as a means to preserve my family’s legacy and the history of a once-thriving African American community,” Bunn wrote in an email. “Without any black controlled assets [or] land … the future of Black America is bleak.”

Check out the images below for more aerial views of Braddock and the Bunn home. 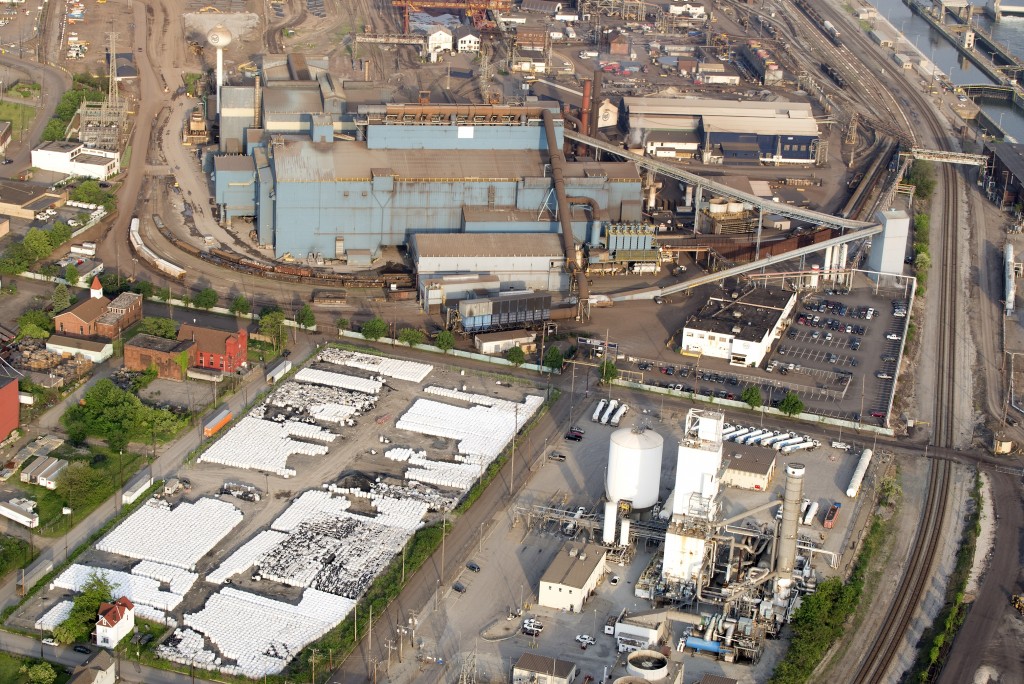 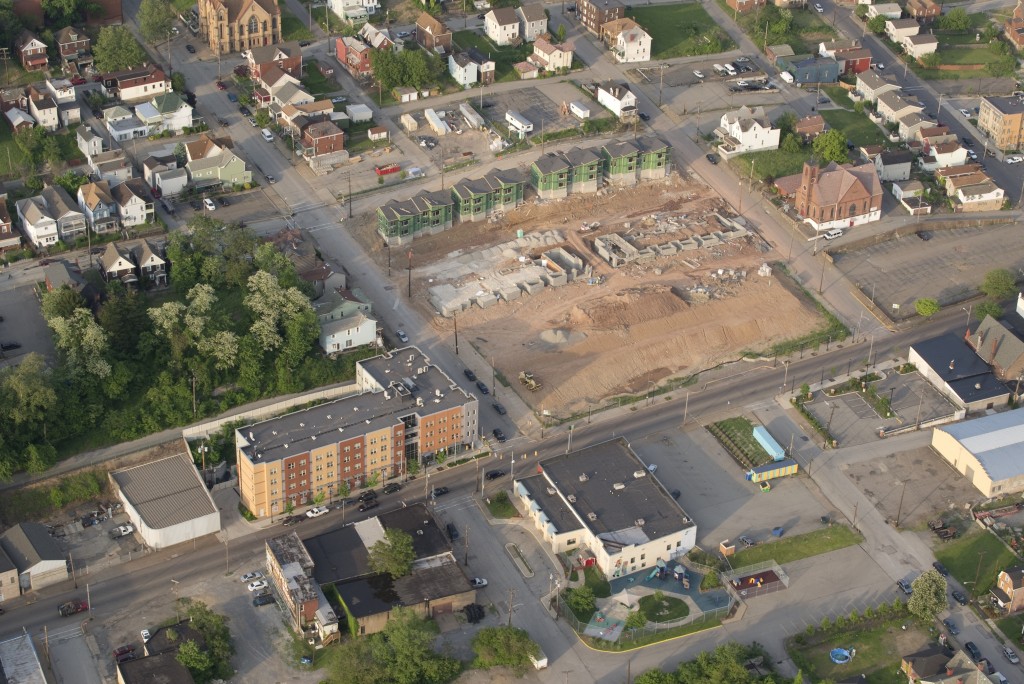 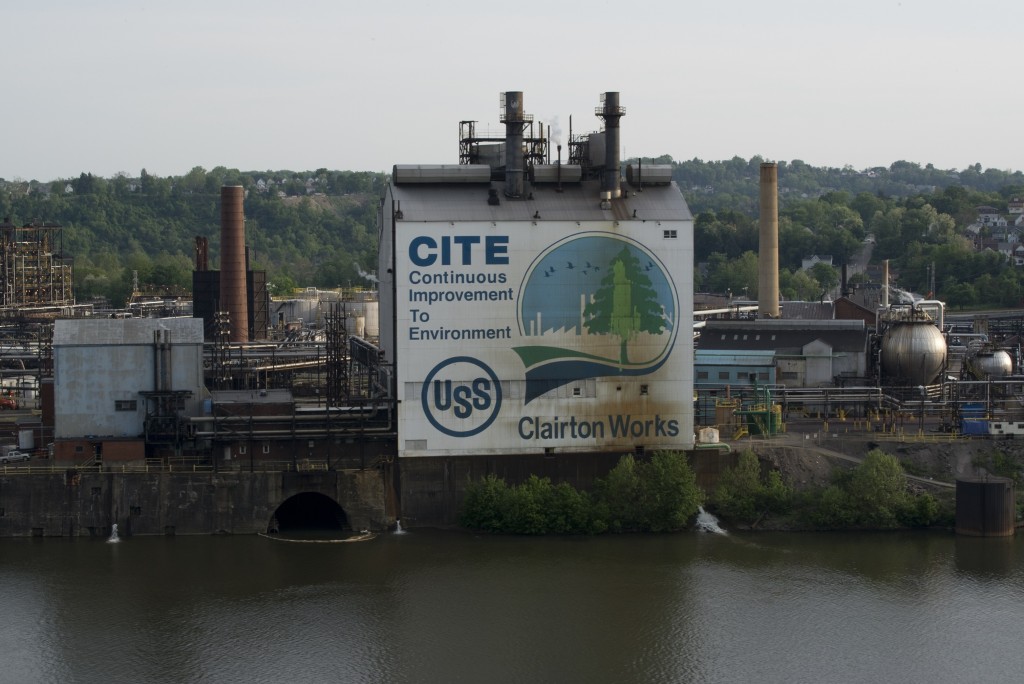 Please visit link below on how you can support this organizations curent efforts and  transformitive change in America:

“Braddock Inclusion Project consists of brave leaders ready to impact Braddock residents by promoting inclusion. Their recent efforts towards ending poverty and opening opportunities of growth for civilians are strides toward a just world, which EV… END_OF_DOCUMENT_TOKEN_TO_BE_REPLACED

The website and its content is powerful. Congratulation. I know it is the most honest dreams that take the longest to manifest because they are guided by the heart and soul and not by greed. Thank you for your work – it is imperative that it exists i… END_OF_DOCUMENT_TOKEN_TO_BE_REPLACED

“I came to Braddock because I missed a sense of community organization and sensed I could help, though I wasn’t sure how. There are obviously things I’m trying to get out of this project, I am excited to have a chance to be a part of something histor… END_OF_DOCUMENT_TOKEN_TO_BE_REPLACED