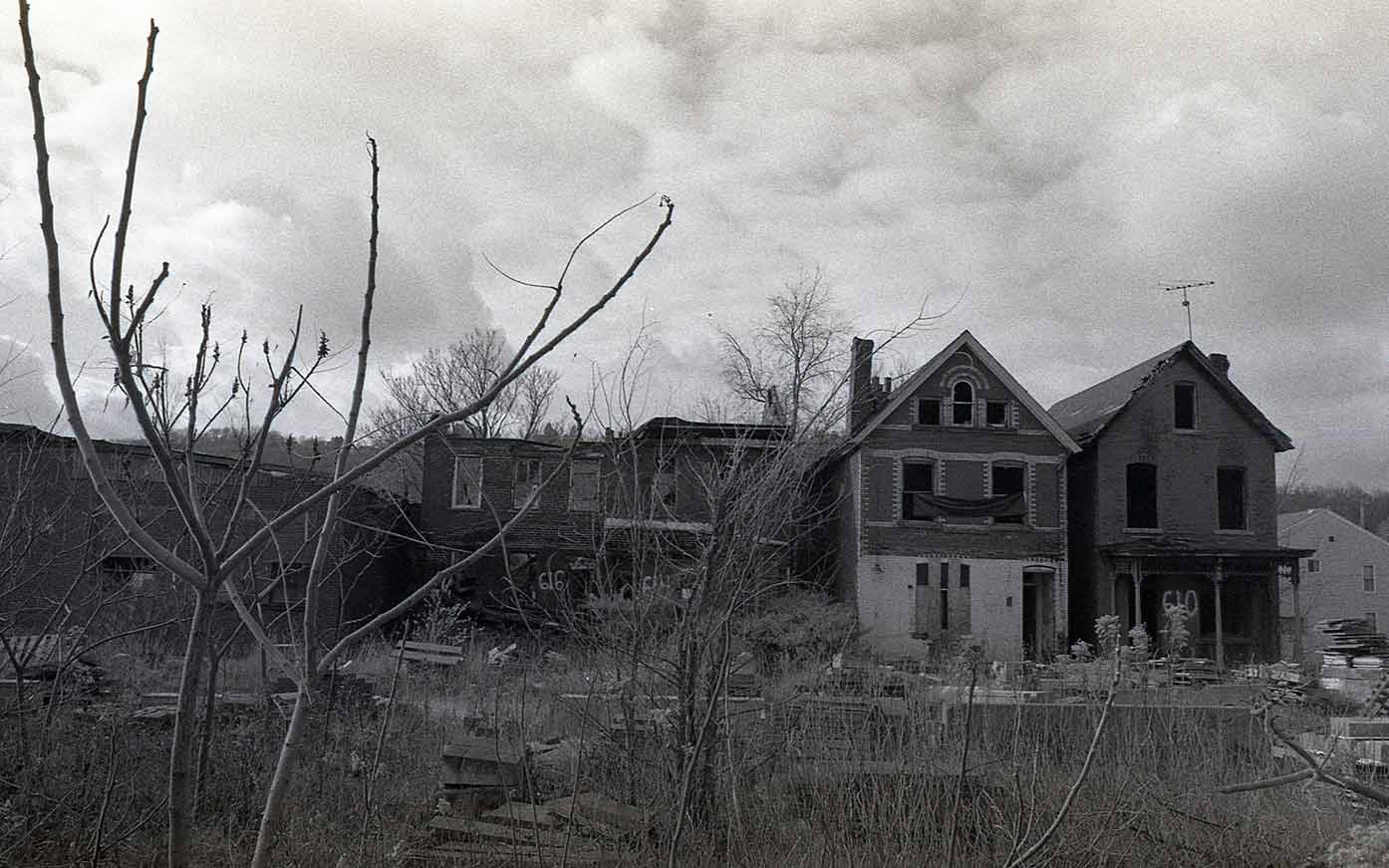 About The Braddock Inclusion Project

The Braddock Inclusion Project was started in 2014 when Isaac Bunn experienced and witnessed first hand the need to serve the abandoned and under served majority black population of the community. After decades of disinvestment, corruption, oppression and neglect on the local, state and federal level the community lay in ruins and it’s majority black population targeted for removal.

After numerous conversations with Braddock native and renowned artist Latoya Ruby Frazier the ideal was conceived and the Braddock Inclusion Project was born. Since 2013 Isaac has worked on incorporating the organization, obtaining its 501(c3) charitable status and strategical planning. Over that same period of time, contrary to mass media reports, the conditions for the residents have deteriorated and aggressive gentrification has taken root in the community in the form Urban Redevelopment. The Braddock Inclusion Project will work diligently to provide a voice for the marginalized and improve the lives of residents in the greatest of need and to ultimately Nourish the mind, Inspire the Broken, and to Connect to the humanity of the world.

INSPIRING THE NEGLECTED: Braddock, PA is one of the poorest communities in the state of Pennsylvanian and has been on the state’s list of financially distressed communities since the early 1980’s. The population is about 2,159. 74% are African American. About 78% of families and 70.0% of the population live in poverty.

The cycle of poverty in Braddock is driven by racism, lack of economic opportunity, political corruption, school to prison pipe line,lack of job opportunities and mass incarceration to name a few of the chronic conditions plaguing the community. There are many systematic disadvantages that collectively work in a circular process making it virtually impossible for individuals to break the cycle. If action isn’t taken the poor will  remain poor throughout their lives.

Like many urban areas across America, Braddock stands on the brink of major change in the form of Gentrification. In the next decade, the pace of economic and social transition will quicken, unaddressed problems will grow more complex, and opportunities to solve the most pressing of these problems will conveniently be put on hold and displaced along with the community’s residents.

As present and future growth centers of the nation it should be a priority that urban communities with majority Black populations such as Braddock be redeveloped in ways that benefit, reflect and enhance the quality of life for that population.

Continued Uprooting and displacement only threaten to undermine any chances of advancement for redeveloping Black communities like Braddock for the system is rigged on directing funding, political influence and the creation of  life sustaining policies based on ethnic population numbers. Now is the time to Build and encourage Black population growth and prosperity in neglected under-served communities such as Braddock.

The Braddock Inclusion Project will initiate solutions that advocate for the access to educational, economic and social resources that help those who are most in need. It will organize residents to keep them informed on what’s taking place in the community, gain there input and to develop economic plans that benefit and reflect the majority population of the community. It will also work hard to attract minority owned business,  institutions, working class black families and individuals to the community in an effort to create a self sustaining economic foundation that supports growth and promotes a healthy; vibrate community.

NOURISHING THE MIND: When the mind is inundated with poverty, mental noise and little hope it’s harder to stay focused, calm and be productive—much less tune into your innate wisdom and live your life with purpose. The Braddock Inclusion Project will introduced social structural  programming to the youth and young adults of the community in an effort to instill social structural change within the family structure and individuals.

To do this the Braddock Inclusion Project will partner with local organizations, institutions, professionals and educators to provide educational and informative programming specifically designed to empower individuals to take control of their lives by encouraging more informed decision making patterns, holding themselves accountable for their actions and the consequences, promoting a healthy lifestyle, providing outreach/support and breaking destructive social behaviors that lead to instability in the family structure and mind.

By encouraging individuals to grow authentically your helping that person commit to living in accordance with who they really are and what they deeply believe. Nourishing of the mind encourages self discovery; building the courage and commitment in individuals to act and live by their inner beliefs and values. Not what perpetuated on them daily by society.

CONNECTING TO HUMANITY: We at The Braddock Inclusion Project believe that by connecting individuals to our story and those at the center of the Humanitarian Crises taking place in their community they can have a greater IMPACT on lives.The Braddock Inclusion Project intends to communicate to the world the authentic narrative of the systematic problems facing the residents of the community, their actual needs and collectively engage solutions.

The Braddock Inclusion Project believes that personalizing human suffering and building mutual relationships are vital to solving problems. By connecting you to the authentic story of Braddock and it residents who are suffering together we can directly have an immediate impact on their lives. In reality many have never witnessed or experienced first hand the dehumanizing effects of systematic oppression on a people or community. Therefore they are unaware of true opportunities to help. Only when they have actually realized the magnitude of the problem are they willing to engage solutions.

We value the relationships that we build and we connect our valued partners with those that are in desperate need of help and opportunity. It helps us, “We The People”, bring a voice to those individual voices  that have been silenced and erased.  Our collective solutions, ideals and perspectives will help to create opportunity that will ultimately help reconcile a broken life. The bridging of these growing relationships will inspire the neglected, nourish the mind and connect humanity.

Braddock America: The Erasure of Black Life in America.